Creating freedom and peace in Palestine

I’ve previously written about how art, and in particular music, can help to solve social and economical disparities (read post). I recently learned about another great example of how art can be useful to alleviate social conflicts. 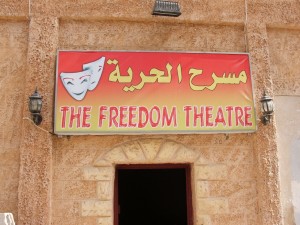 an institution offers art related educational experiences to children and youth. It also creates an audience and educates, by offering performances and workshops.

The Freedom Theater is a space where children and youth can have healthy growth and development experiences. Living in military surroundings, having to deal with constant death and violence, the young generation in the Jenin area struggles with ongoing fears, depression and trauma. At the same time, few opportunities exist for these youngsters to find positive and creative outlets for their emotions.

The Freedom Theatre offers children and young adults in the Jenin area a safe space in which they are free to express themselves, to explore their creativity and emotions through culture and arts. It provides them with opportunities to develop the skills, self-knowledge and confidence, which can empower them to challenge present realities.

To end war, it is essential to be able to imagine alternatives to war, to imagine a better world. If you grow up in an environment where everything is violence, you cannot think of solutions that do not include violence. That is why the Freedom Theater is so important. It gives people an alternative to obtaining peace that do not include war. By encouraging freedom of expression and respect for individual rights through arts, the cultural activities that take place in the Freedom Theater break taboos, stimulate cooperation and enhance understanding of others. People that work at the freedom theater are “creative peace activists”. They are creating sustainable change by changing the way people think and perceive themselves.

Based on what one of the actors said, the freedom theater is a liberating space in more than one way.

To grow up in a refugee camp in Palestine means that life and death are interchangeable. Tanks, guns and fear are not news. Children have no space left to imagine, no space to dream. Freedom Theater allows them to imagine better worlds, to see beyond the military reality. It gives them hope; it teaches them to value life.

To give an example of the change they’re creating, they described their first performance. They first performed a version of Animal Farm adapted to the conflict between Israel and Palestine. The day after the performance, the theater was burned. What would cause a reaction like that? Although the purpose and the perpetrators of the fire are not known, the performance created a strong reaction in people at the refugee camp. The violent reaction is a good sign because is represents the start of a rebellion in people’s minds. The performance opened up a space to discuss and question the situation of the camp’s residents. This dialogue was previously a kind of cultural taboo. This is because Palestinian refugees are victims of a war; it is hard for them to openly talk about a situation whose causes are beyond their power. Questioning your situation is an essential step to find sustainable peace. By placing a mirror in front of Palestinians and by creating a space for discussion they are challenging previous judgments and misconceptions.

Although the theater serves a beautiful purpose it’s history is full of drama. The freedom theater had to be built from scratch. Nothing existed like this at Jenin before. An Israeli woman, Arna, went to the camp and started an art school. The goal was to give children in the camp hope through art. There is a short documentary about her life and her impact.

After her death, her son, Juliano Mer Khamis, continued her work. He continued 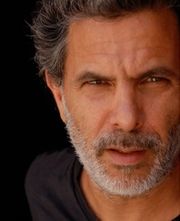 teaching acting skills to children. Unfortunately, he was assassinated outside the theater in 2011. Such creative minds are seen as a threat by the military and by fundamentalists. This is because by giving imagination, and power to imagine better worlds,  you create insurgency, you create revolt. The theater-and in general, art- frees people’s minds in a way that politics will never do.

Since his death, the troupe is still continuing his work. Although they don’t want to go back to Jenin refugee camp, they won’t let his death stop his goal. They have performed in Berlin, New York, and wish to go back to Palestine, for that is where they must work to create sustainable peace.