Bullying has always been a problem in our schools. It is understandable. I’m sure all of us are ashamed of some of the things we said to others during our adolescence. Bullying has unfortunately ratcheted up even more over the past few years. As social networking sites have developed a more prominent role in teenagers’ social lives, bullies have turned to “cyberbullying,” where they harass classmates online. According to statistics compiled in 2010, there is so much bullying in our schools that 160,000 students miss school every day because they fear getting bullied. Even more concerning, suicide rates among children have increased by 50% over the past 30 years, presumably in large part because of this rise in bullying. This problem cannot continue to escalate. Schools should be a safe haven for kids, a place where they can grow, develop, and learn. It should definitely not be a place that kids are afraid of. 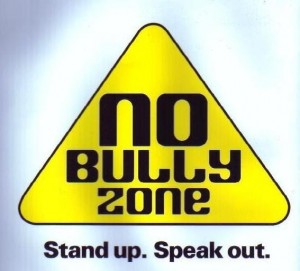 anti-bullying content during shows, and Anderson Cooper will host a town hall meeting to help raise awareness of the movement on October 9th. The movement focuses on convincing bystanders who witness bullying to speak out against it and take a pledge to stop it. Facebook launched a page for the campaign on September 9th, and in just 11 days, over 9,000 people have made a pledge to speak up against bullying, take action against it, and spread awareness of the campaign and harm of bullying.

I have faith that this campaign can have substantial success against bullying. It will raise awareness of some of the heartbreaking effects of bullying. Some bullies will realize that what they are doing is wrong, and people who in the past turned a blind eye to bullying will be inspired to stand up against it.

The reason I have confidence in the movement is that it is drawing upon sources that kids won’t immediately dismiss. Many of the bullies and bystanders love Cartoon Network and look up to what people say on the network. Similarly, Facebook brings further legitimacy to the movement. People will be able to share stories on the page, and celebrities will join the cause and post their thoughts. For example, famous singer Selena Gomez has already posted a video on the page about how she identifies with the cause.

This campaign is not the first of its kind. It Gets Better was another internet-based project that aimed to prevent suicide among LGBT youth. Many celebrities put up videos on the project’s YouTube channel, and some videos had thousands of views. While It Gets Better undoubtedly did a lot of good, I think Stop Bullying, Speak Up can have an even larger impact. This project asks bystanders to stand up against bullies, whereas It Gets Better primarily asked followers to support those who are being bullied. This extra push towards getting people to directly stop bullies may prove to give people the courage needed to stop peers from doing bad things. Furthermore, this new campaign is more inclusive, as it is targeted at all young people. It is important to address the specific bullying that occurs to members of the LGBT community through campaigns and programs such as It Gets Better, but many other people face bullying as well. This campaign may serve to show people that kids of all backgrounds get bullied, and all of these kids deserve our help. This larger strategy may help in addressing the root causes that lead to all forms of bullying and increase the positive environment for all kids.

This campaign demonstrates the incredible power of technology and corporations. Social networking has caused some problems with cyberbullying, as I discussed earlier. However, before the existence of these outlets, such as Facebook and Twitter, it would have been much harder for this campaign to grow so quickly. People can spread a message so much more quickly and easily because of these sites. For example, I was directed towards this movement because of a tweet by Anderson Cooper. If famous people and corporations promote a positive message on their Facebook or Twitter pages, they will likely reach a huge audience. Once a large enough amount of followers of a campaign exist, they can serve as a grassroots base that sustains the growth of the movement.

While it is hard to say how successful this campaign will be, I am glad to see these corporations use their influence in responsible and positive manner. I hope this is a trend that continues, and that bullying is just one of many social issues that they help fight.