In late July I wrote a post about Ramadan and how it might affect the Arab Spring nations; now that Ramadan is over, I thought it might be interesting to look back over what actually did happen.  In my post I wrote about the uncertainty surrounding the holy month this year: would the violence escalate as Muslims had more time to congregate and discuss their options, or would the violence cease as people focused on friends, family, and the Qur’an?  Would the rebels lose their fighting spirit after fasting all day, or would their urge to fight grow with the rising food prices common during Ramadan?

My post was not terribly optimistic, and it seems I was, sadly, right—though I had no idea the extent of the violence that would occur during Ramadan.  For Syria, Ramadan marked one of the bloodiest months of the uprising.  According to the Syrian 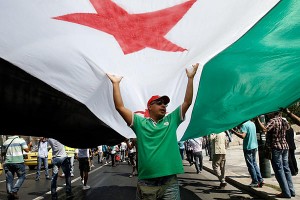 Revolution Coordinating Union (a group of activists which documents the protests), 551 people were killed during Ramadan, and an additional 130 were killed on the eve of Ramadan, July 31.  And on Tuesday, which marked the start of Eid ul-Fitr or the end of Ramadan, 7 more people were killed after security forces fired on worshippers as they left the mosques.  According to the Local Coordination Committees (another group which documents protests), police forces and secret police had been camped out near mosques to deter people from praying, since the rebels often use the mosques as meeting places.

In Yemen, too, Ramadan did not bring hope or an end to the violence.  Though Yemen is not as violent as Syria, it too is in the midst of a severe economic and political crisis, and while Ramadan was somewhat of a distraction from all that, it was not enough.  Various political groups have been stocking up on heavy weaponry and the fighting has continued, despite the holiday.  On Tuesday, for example, the Yemeni Defense Minister’s military convoy was attacked, killing two but leaving the minister unharmed.

Ramadan was also quite violent in Libya, though with a decidedly better outcome for the rebels. The Syrian government remains in control of the country, Yemen remains in complete upheaval, but the Libyan government is in shambles.  Gadhafi is on the run, and though his son claims that the war is not yet over, the rebels do have control of much of the city and are already planning democratic elections. So despite the increase in violence over the past few weeks, Libyans are much more upbeat than their Syrian and Yemeni neighbors, more hopeful for the future.  Still, the situation in Libya is rather grim.  Though the rebels are happily celebrating their first Eid without Gadhafi in decades, they are also mourning the many who perished during the revolution.  Also, there are severe food, water, and electricity shortages throughout the country, meaning that the celebrations are forced by circumstance to be fairly low-key.

So, as you can see, Ramadan had different effects in each country—just as I wrote in my last post.  Some countries, like Libya, had a better month than others, though nowhere did Ramadan trigger a ceasefire.  There is still hope, though.  Ramadan may not have marked an end to the struggles in the Middle East and North Africa, but it did not mark a capitulation, either.  The situation is rough—government crackdowns, food shortages, energy shortages—but the people are not giving up the fight.