Being a current student in New York City, it been hard to avoid all of the attention being paid to the 10-year anniversary of September 11th this last weekend. While I was not here when the attacks took place, I can’t help but be drawn in to the debates of where the city is now and how far we as a country have come. Listening to President Obama speak at Ground Zero while standing next to former President Bush elicited emotions and memories from New Yorkers and all Americans, and not to mention brings to the forefront the successes and failures that each leader has faced.

While I know it is cliché to state that we must understand the global implications of these attacks, I believe that it has been one of the single most important events in recent history. However, in the context of foreign aid and international development, has 9/11 changed the way we approach our humanitarian goals? Undoubtedly the political ramifications have been felt around the world. However, despite engaging in now multiple wars, have we continued to look towards improving the lives of the world’s poor through the same contrived lenses as before? Has our outlook or philosophy towards international aid been re-shaped at all in the last 10 years?

History has shown that governments have attempted many strategies since the 1950’s approach to aid work. Starting as far back as World Was II, the US has engaged in reconstruction and rapid industrialization as a platform towards aid. Following this, the Cold War spurned a race to incorporate less developed states into the global community in the attempt to keep them out of communist power. Both of these historic approaches are inexplicably linked to power struggles and realist views of how power politics has shaped our nation’s views of “altruism”.

While yes, this is an admittedly glossed over explanation of foreign aid history for the last 60 years, what has been divergent ever since? Scholars such as Birdsall, Easterly, and Sachs are the new faces of the debate on the best explanations towards solving international poverty; and all of the “best” explanations offer contradictory solutions. With the “Planners and Searchers” vs. “Millennium Development Goals” argument in the forefront of this deliberation, what could have been different had our approach to international aid fundamentally changed 10 years ago?

Well first off, the easy answer is that there would be a lot more funds in the federal 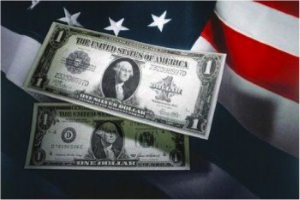 budget set aside for humanitarian assistance throughout the rest of the world. With the cost of the War on Terror reaching nearly $1.25 trillion, these funds could have been distributed in any number of ways to promote health, technology, and education the world over. While yes, it is true that an mount like that would never have been earmarked directly for aid, even a small percentage of those funds would significantly increase what the US currently contributes. Also, imagine hypothetically how much further the dollars would have gone towards the rebuilding and reintegrating Iraq and Afghanistan into the global economy had we not been fighting on their soil for years before. And while yes, there are many differences between the current wars the US is fighting, and WWII; the processes, if successful, are eerily reminiscent.

Continuing with the Middle East, if the US had fundamentally moved away from the realist mentality of power politics, perhaps we would find more funds available to divert towards countries more in need both in South East Asia and Africa, over the current big winners of Egypt and Israel who receive $1.5 and $3 billion respectively.

Imagine if we had spent the last 10 years on promoting education, both domestically and abroad. How much further capable would we be in designing the technology to improve the lives of billions? Instead of being consumed with suppressing terror, perhaps we would be more interested in the economics of happiness, a new premise in measuring a countries growth?

While this is clearly all speculative, is it not unrealistic to hope that the goals of bringing one billion people out of poverty will one day be met? While the US has taken a detour with the focus of international attention over the past decade, one must hope that the pendulum will swing back towards humanistic means as opposed to those of deterrence.  Although America and our citizens are not singularly at fault in dragging our feet towards a solution, lets hope that it is not another 10 years before we find the funds and desire necessary to perpetuate focus into the next era of international help.

Katie Peterson is a Program and Research Intern with the SISGI Group focused on theories of development, globalization, and political ramifications of development work.