Just four short weeks after 20 children and six adults were massacred in Newtown, , the sale of guns continue to spike . This surprises me, because the horror of Newtown was felt and seen across the globe. The massacre rocked the nation to its core. My immediate reaction was there has to be a harder stance on gun control. However, the massive increase in gun sales since Newtown, paints a different picture on how Americans really feel about 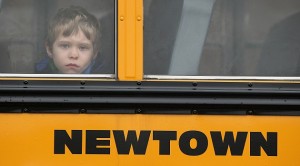 It is harder to own a car, than it is to own a gun. Motor vehicle owners have to constantly renew their license, undergo eye examinations, road tests, make sure their car is up to standard, be insured, and abide by the rules of the state they reside in, and submit to routine police spot checks. Drivers have to wear seat belts, refrain from drinking alcohol or taking certain medications when operating a car. If an individual is deemed to be mentally incompetent they are not able to maintain or acquire a license. If you have a criminal record or too many driving violations your license can be suspended, removing your right to operate a vehicle.

Clearly a car is considered a “dangerous machine” and owners have an enormous responsibility. However, this type of rigorous checks and balances is not required of gun owners. Dare I be so bold as to cry hypocrisy. Why not demand the same of gun owners.The reality is guns are a staple in American society. Yet, the laws surrounding the acquisition, ownership,and maintenance of guns are filled with loopholes. 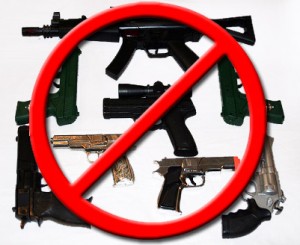 undergo rigorous checks and balances. They should only acquire a gun after an extensive criminal and psychological background check. They should not gain ownership of the gun before all areas of the background check is completed. They should be required to renew their gun licenses yearly. Renewals should be dependent on yearly background checks. Needless to say people with mental illness should not be allowed to acquire guns and households with individuals who are mentally ill should have to meet standards for accessing and securing their guns. Gun owners should have to undergo random spot checks like motor vehicle owners, but of their homes to assure safety and security of their weapons to only those who have passed the requirements.There should be no loopholes between states to acquire a gun. Just as all states have strict rules regarding motorists. There should be no state where a person can acquire a gun with ease.

In my experience, I have yet to speak to an individual who loves to go down to the “DMV.” A visit to the DMV is usually met with moans and groans. The lines are usually long and it is a tedious experience. Anyone seeking a gun or maintaining one should have a constant “DMV experience.” I know strenuous background checks and rigorous law does not guarantee against the next awful tragedy like Newton. However, why make acquiring a gun easy. Acquiring a gun is a great responsibility. Therefore, let’s put laws in place which reflect this. How is it possible that going to get a driver license is met with great trepidation, while acquiring a gun is a “breeze”? Let’s endeavor to correct this. If going to the DMV is met with trepidation so should acquiring a gun. Anyone seeking ownership of a gun should always feel the weight and responsibility that such an action requires.