On the morning of December 11, 2007, Anthony Adero decided to leave his hometown forever and head to the city-center because he wanted to kiss a man for the first time in his life. He packed the few essentials needed for his five-hour trip—little things that carry weight like family photographs, his cellphone with a prerecorded message in his baby sister’s voice that soothed him whenever he heard her giggles. What he could not stuff into his suitcase, he’d already packed in his heart, measured silence induced by two reassuring breaths for courage after which Anthony headed straight for the central bus station in Kisumu for final “goodbyes”. Grandma cried; the men too but rural machismo forbids public displays among men so they turned their backs to hide their shame; his older brother was jealous; his baby sister proud; Anthony was hopeful; everyone else held serious doubts; kiss-hug—those final moments were so tense he forgot his ticket before boarding.

It takes 164.85 miles or 265.3 kilometers or five hours and three minutes nonstop to get to Nairobi from Kisumu on 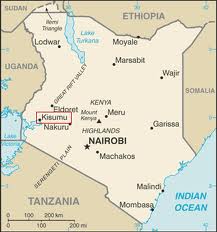 a well-lit, butter-smooth road free of potholes that exists in every Africans’ imagination for their country’s future. In Reality—wherever Reality is—his trip took longer but since linear Time, like History, is

the western world’s delusion, no African on that bus cared how long it took to get to Nairobi so long as they were safe with possessions intact by journey’s end. With both hands pressed against the window to frame his world, everything familiar got swallowed as the bus inched towards its final destination which, according to Anthony, wasn’t so much a fixed spot or place but the sweet casino online promise to self-actualize if free to explore his sexuality. Whatever didn’t slip past his eyes as he looked out the bus window burned deep as painful memory. The semester when six boys were expelled for wearing earrings; the boys beaten to a pulp by their fathers who sacrificed near

ex gf exbacksms.com How to win back your ex

-everything to educate them, counting on their sons for support should they take sick, grow old or Om ni har nagra fragor eller om ni tycker nagot saknas ar ni alltid valkomna att kontakta oss pa: kontakt@ . too weak to provide; blood spilling from one boy as he fell to the ground, kneeling as his father pounded, front teeth knocked clear out of that boy’s swollen mouth; searching the dictionary for “homosexuality” to find no word in Kiswahili though the slang for “faggot”, “cunt”, “bitch-boy” lives in multiple incarnations at the tip of every Kenyans’ tongue; televised broadcasts of presidential speeches outlawing gay buy generic levitra online uk love; sermons preaching eternal hellfire, demonic possession, perversity; finally telling his girlfriend, No Sweetheart, I cannot marry you because I’m gay, then banking on God’s protection, not hellfire, to pave the way for a planned escape.

As the bus pulled into the depot, Anthony decided a celebratory drink should precede a phone call home telling 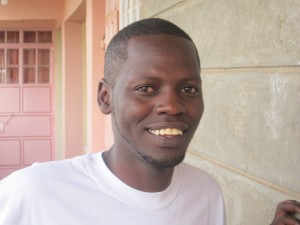 over their well-educated African wives.

Anthony sat at the bar, ordered his drink, reluctant to look round in case locals mistook him for a wide-eyed, awestruck “rural greenhorn” fresh off the bus. Plus, who could see much of anything given how dark it was inside? Two men, mostly shadow, sat beside him. They were tall, had deep voices, probably MSM. Prospects to explore his sexuality were ripe. Maybe that first kiss could double for both lovers, Anthony thought as the men sat closer, offering to buy his next drink if he cared to stay a little longer, keep them company—pretty boy. Anthony smiled. It was his first mistake, harmless; his second proved to be fatal.