A few days ago, I was reading an interesting book about global health called What’s Killing Us by Alanna Shaikh. Alanna Shaikh is a global health and development specialist and in this book, she writes about the biggest global health challenges we face today. She explores everything from chronic diseases, obesity, Flu, HIV and AIDs, health systems around the world, and finally tuberculosis in her book. In the chapter where she discusses tuberculosis, she makes an interesting point that TB does not get the same coverage and focus as other diseases do specifically AIDS and HIV. This issue was very familiar to me because in one of my prior posts, I had discussed that sexually transmitted diseases especially in developing countries are not focused on. Tuberculosis is an overlooked infectious disease that may cause more harm in the future if things do not change. 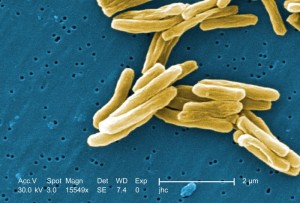 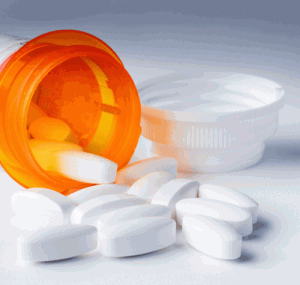 Since tuberculosis is easily spread through the air, it is more likely to create a severe outbreak. Also, it has been reported that drug resistant tuberculosis is spreading fast around the globe at a frightening pace.
If there is outbreak of drug resistant tuberculosis, curing large populations will be extremely difficult. Another alarming statistic is that about 1.4 -1.7 million people died from tuberculosis in 2010, however considering the medicines and advances we made, the number of deaths should be around 250,000 deaths annually. This shows that we have not used our resources correctly.

Currently, we can only push for more detection and steady treatment, especially in developing countries because tuberculosis is more likely to affect these countries. One out of three people have tuberculosis in the world. That is a lot of people around the globe. If every nearby health clinic had simple detection equipment, more lives would be saved. Another issue is that many people are diagnosed with tuberculosis and are prescribed a treatment for six months. However, individuals stop taking the medicines because it is either too expensive or its a personal choice.
When patients do not finish their course of treatment for six months, they are not completely cured. The bacteria then have time to adapt to the drugs, and the tuberculosis becomes drug-resistant as well as more severe than before. This is mainly how drug resistant tuberculosis spreads so rapidly. It is important to come up with a solution to combat this problem. mHealth also known as mobile health can be beneficial to help reduce the number of people who stop their treatment midway. According to a recent study made by the world bank, 75% of the world has a mobile phone. If local health clinics and its health workers were trained to sent text messages or phone calls to remind patients about refilling their medications or coming back to the clinic for a check-up, that may help improve the situation. Tuberculosis can be a danger to both developed and developing countries in the future, and it is important to take control of the future and situation now rather than later.