The Good, the Bad, & the Ugly: ESPN Body Issue

In spring of 2011, I remember coming back home from college after a week full of exams. I could not be happier to be home and be able to spend time with my family. I was watching television with my mom that evening. Suddenly during a break, a commercial featuring Aziz Ansari was shown. He was encouraging people to register for national bone marrow registry and to help find a bone marrow donor for an young man named, Amit Gupta, who was diagnosed with leukemia in September of 2011. At that moment, I remembered seeing something about Amit Gupta on twitter a few months before, and I aware that he was in need of a bone marrow donor. I also knew about the efforts made by his family and friends to search for a potential donor match using the internet. However, he still could not find a donor for one simple reason: he was South Asian.

His chance of finding a perfect match was 1 in of 20,000. Being a minority, especially being south asian, greatly decreases chances of finding the perfect donor. Luckily a few long months later, he was 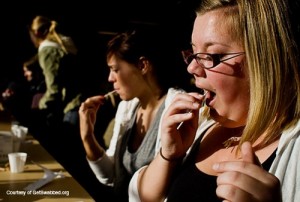 able to find a perfect bone marrow donor through tireless efforts. Most people are not that lucky. Less than 27% of the national bone marrow registry are non-caucasian and only about 3.9% of South Asians, Koreans, and Chinese make the up the registry. It is even more difficult to find a donor for a patient from a mixed race background.

Why are so few people from diverse races or cultures registering? Primarily because of the cultural and stereotypical negative attitudes towards organ donation in general. There are many myths and rumors surrounding bone marrow donation and the common misconception is that people immediately associate bone marrow donation with risky surgery. However, very few bone marrow donations involve surgeries. Additionally, many people think that donating bone marrow can be dangerous for their health and is a very painful procedure. The donor may feel slight soreness in the area of donation immediately after the procedure is done, but otherwise donation is pain free. Also, there are rarely long term health risks with this procedure.

Cultural influences also play a major part in making a decision to register or to donate. For instance, India has been a divided nation since the beginning of it history. Historically, different states and kingdoms were in constant conflict. Because of India’s prior history, prejudices against one part of country and another part still exist. Many people do not want to donate to a person who is not from his or her culture or region.

Worst of all is the fact that many people from the minority donor pool,  do sign up for the registry, 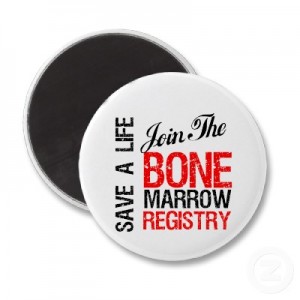 however several may not commit to actually donating. Less than 50% of minority matches within the registry actually agree to donate bone marrow. People usually sign up for the registry to be matched with a loved one, a friend, or someone from their ethnic community. However, when they are a match  for another individual, the participant does not commit to the donation.

Amit Gupta’s internet driven campaign has helped gain a lot of publicity to this issue, and it has helped increase the amount of people that are registering for the national bone marrow registry.  However, minorities are still largely underrepresented in the bone marrow donor pool. It is time to change that. The best way is to prove myths wrong about donation and help change cultural prejudices towards donations. In order to change stereotypes and cultural thoughts about bone marrow donation, it is vital to include religious and cultural organizations. Religious and cultural organizations can spread awareness and create discussions about bone marrow donation in the local cultural community. Spiritual and religious leaders are often highly influential and respected leaders, that can support bone marrow donations and promote bone marrow drives at their local church or temple. While it is difficult to encourage more minorities to register, it is not impossible. The first vital step would be to remove cultural influences and common misconceptions about donation. This is the best first step to save valuable lives.