When I started writing for the Not Enough Good Blog exactly a year ago a quick Google search of the term “voluntourism” (a combination of volunteering and tourism) returned very few hits, but now voluntourism is 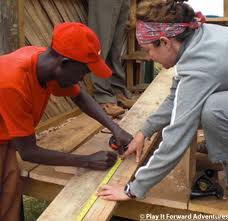 becoming something of a buzzword.  In fact, it’s so popular now that last month Groupon offered a voluntourism trip in Zambia as part of its Groupon Grassroots initiative, which I never would’ve predicted 12 months ago.  Voluntourism, though still not entirely mainstream or by any means well known, is gaining speed.  So with the summer coming up (or, for us college kids, already here) I thought I would write about some of the positives and negatives of voluntourism in case you’re considering planning a trip for yourself in the coming months.  I’ve written a couple posts on this topic in the past—I even gave a webinar presentation on the subject, which you can watch here—but a refresher is always good.

The first thing to keep in mind when planning a voluntourism trip is that voluntourism companies are a business, and so have other objectives besides helping the host community.  I’m not saying this is bad, but only that it is something to be aware of.  To increase business voluntourism companies may offer trips in areas that are popular vacation destinations—Costa Rica, for example—but that don’t necessarily need volunteers.  After all, if people want to go to Costa Rica and build a school, and are willing to pay a good deal of money to do so, why would a company not offer a trip for people to do just that, regardless of whether or not a 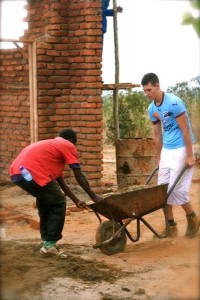 school is needed.  This leads to unnecessary and unwanted projects that leave the volunteers unsatisfied, as they often realize that what they are doing is not needed, and do little for the destination community.

The best thing you can do to avoid this pitfall is call local volunteer organizations in the community you intend to visit and ask them directly if they would appreciate you coming and volunteering for a week.  If this isn’t a task you feel up to then look for voluntourism companies that are based in the destination community, as they will likely have a better idea of which projects are most important and which are unnecessary.

Another thing to keep in mind is your own strengths and weaknesses.  If you’re not good with kids and have no desire to be around them, don’t sign up for a voluntourism trip that involves dealing with children.  If you wouldn’t feel comfortable staying with a host family choose a trip that includes a hotel.  Pretty basic, right?  It’s still important to consider these things, however, as if you choose a voluntourism trip that is way outside of your skill set or comfort zone you won’t be as useful and you won’t have a good time, and so no one wins.

The most important thing to consider, though, is that in many ways voluntourism is a product of our own hubris. 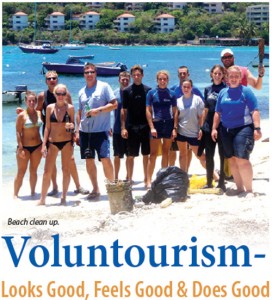 We assume that other communities need us to donate our time and appreciate the work we do, but that is not always the case.  Imagine, for example, if a group of Brazilian tourists came to New York and were so shocked by the number of homeless people they decided to start their own homeless shelter in the city, staffed by other Brazilian voluntourists.  New Yorkers would be very unhappy, and rightly so, as there are already dozens of established organizations to help the homeless, yet we often still assume that our desired destination community desperately needs our volunteer assistance.  Often a monetary donation to an existing organization may be much more beneficial and wanted than a voluntourist.

Voluntourism is not necessarily a bad thing, but it’s a relatively new concept that still has some kinks to work out, and so I hope you will keep the issues I’ve pointed out in mind and make an informed decision about where you volunteer, which organization you go through, and even whether or not to voluntour.  And now I’ll leave you with a few questions: have you ever gone on a voluntourism trip, or are you planning one for the future?  What did you/would you like to do?