National Girls and Women in Sports Day was held last month on February 1st, forty years after the passage of Title IX. For the past 26 years, people across the country have celebrated NGWSD and strengthened Title IX’s declaration, that no person in the United States shall, on the basis of sex, be excluded from participation in, be denied the benefits of, or be subjected to discrimination under any educational program or activity receiving Federal financial assistance. Because of the installation of Title IX, girls have made leaps and bounds in the sports arena over the past four decades.

From 1972 to 2004, female high school sports saw an increase of 940%. During that time, NCAA varsity sports saw an increase of 456% in female participants. The gains that women’s sports have seen are obviously significant, and they affect the participants in ways that spill outside of the gym, pool, or track, and into their personal lives as well. We have all heard about the countless health benefits that pursuing an active lifestyle will bring, but I want to focus on another form of empowerment.

Women involved in sports reap a multitude of social benefits. Participation in a sport anytime throughout a girl’s life provides her with an increased enjoyment of freedom of expression; her opportunities for education and life experiences expand; her leadership, teamwork, and negotiation skills are heightened. Additionally, involving 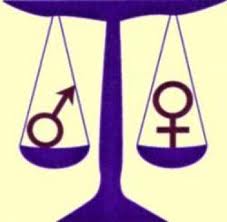 girls in sports has been shown to reduce prejudice against women. With this comes a more extensive social integration of women into the society, which increases networking, job opportunities, and social opportunities in general.

Moreover, the Wharton Business School conducted a study that showed how an increased opportunity in sports for women actually resulted in an increase of women in the labor force as well.  They found that girls who play sports have a higher chance of employment later in life and also receive wages 14-19 percent higher than girls who do not participate in sports. In other words, women in sports means women in business. Female sports participants have also been shown to be more active in negotiating their salary, something that women generally struggle to do. In fact, another study found that the passage of Title IX was associated with a 15% rise in females occupying traditionally “male” positions. One reason behind this is that sports builds endurance, both physically and mentally. There is always a goal set in any type of sport, and participants are taught to push themselves toward overcoming that barrier. These values and mindsets eventually mesh with other parts of athlete’s lives and enable them to achieve more professionally.

Unfortunately, even 40 years after Title IX took effect, a gender gap still exists in the United States. Women hold far fewer management and CEO positions than men do and make only .77 cents for every dollar that a male makes. Many claim that a “glass ceiling” exists for women in the workplace, or that the ladder to upper level management is missing its top rungs.  While we have come a long way in gaining equality for women in the US, we still have work to do. 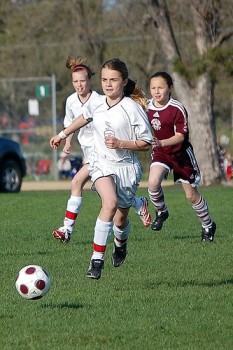 more than it is. With more women involved in sports throughout school, I think that the business world could eventually evolve to see true equal opportunity. Discrimination and prejudice are deeply rooted in our society, and I strongly believe that sports can change that. Our problem now is that too many girls are used to falling into their prescribed “dolls and dresses” roles, pulling them away from sports. Likewise, other girls are held back by an obvious air of discrimination in the sports world, even if equality is printed on paper.

Parents, communities, coaches, and other mentors should take it upon themselves to encourage girls to become involved in sports. If girls are taught from a young age that they are allowed to play sports and are kept blind of the historic gender gap, we will eventually see an increased number of female athletes, and a greater amount of successful businesswomen. To make it clear, I do not support forcing a child to do something that they do not wish to participate in. However, I do think that if children were given the opportunity to choose their own activities from a young age, sports teams would see a larger percentage of female members. In other words, if girls were given basketballs and baseball gloves along with their dolls and bows, they would not grow into the mindset that sports are not for them. I think that girls should be encouraged and enabled to become active in sports from a young age. By doing this, it is possible to also see our gender gap in the working world eventually decrease.