Two years ago I traveled to Peru for some volunteer work through the ProWorld organization at NYU.  The work that all of the students did there were mostly built clay stoves with chimneys leading outside the house for better breathing conditions.  But during this trip, what struck me the most besides the poor breathing conditions these people were living in was the concern for water many of the community leaders had.
Water?

Many rural (and urban!) families are lacking access to clean potable water in Peru, as in many other Latin American countries.  At that time, I had little knowledge of the water problem or the water privatization that was engulfing Latin America.  Back then, all I heard were the worried women in Cusco talk about how essential water was for the support of their families and how most aspects of their lives rely on the need of water, from supporting their families to earning their living through agriculture.  It has been a long journey since then with a lot of reflections on how water, the most essential element of life, can lack in the 21st century.

These indigenous women in Peru, however, are not the only ones that are concerned with this issue or with the idea that access to water is a right—a right to human life.  The World Water Council was established in 1996 in 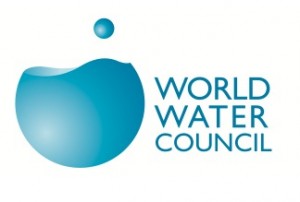 response to this increasing concern from the global community: “By providing a platform to encourage debates and exchanges of experience, the Council aims to reach a common strategic vision on water resources and water services management amongst all stakeholders in the water community”.  In that way, the World Water Council established the World Water Forum, which meets at a host country every three years with the First World Water Forum hosted in Marrakech, Morocco.  The long-term vision that was established continues to be pushed today, for the vision of Life and Environment for the 21st Century.

So how effective has this been and does the council really represent the visions of countries around the world?

In the Second World Water Forum (in the Hague, Netherlands in 2000), Medha Patkar, an Indian social activist spoke against the privatization of water.  In her speech, she spoke about how water has become a commodity that can be bought, sold, traded and invested in.  Her main argument in her speech was that water should be a right that we were all granted.  Now many of the criticisms that I’ve seen dealing with this point have to do with the fact that clean water cost money to produce, yes, like any other good.  My concern however, is not whether clean water should be free if it in fact it costs money to produce.  My concern is with the privatization of water to foreign companies in certain countries (like Peru).

First and foremost, we know that water is essential.  Second, we know that it costs money to produce clean water for survival.  However, I think that when international organizations, like the World Water Council, create projects like the World Water Forum, there should be a direct address to each government’s responsibility (not foreign companies) to provide clean water to its citizens.  I do believe that it’s a good initiative to have a worldwide discussion on this issue because it affects people globally.  Indeed the World Water Council and the World Water Forum addresses some of the issues other international organizations failed to address, but is that enough?

This year from March 12-17, the 6th World Water Forum is hosted in Marseille, France.  There has been an 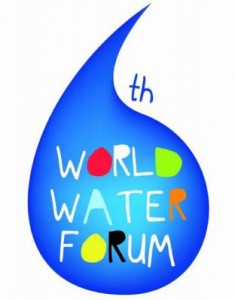 increasing support since it first started fifteen years ago, with members representing over 150 countries.  Of course, I should mention that the World Water Council is mostly funded through membership fees.  The real question here is who is deciding what is best for those rural women in Peru?

It is wonderful to think that perhaps the women in Cusco will have the clean water they have sought for years.  But at what cost?  The privatization of water has become a weapon against them not because they have to pay with money they don’t have, but because it is a restraint on their rights.  If The World Bank is providing money for the direct privatization of water in countries like Peru, what control does the Peruvian government have in the sanitation division?  What happens when the people are in dire need of water and they are restrained by stipulations of the World Bank?

When we look at international organizations like the World Water Council, we should not just assume that they are responsible to solve the world’s problems.  Instead, I think that they should be analyzed in a way that they facilitate dialogue between countries but push for change by the countries’ own governments and own people.