It was ten years ago that the United States opened up the now infamous detention facility nicknamed “Gitmo”. Gitmo, or Guantanamo Bay as it is formally known was first leased to the United States in 1903. Under the terms of a lease provision by Cuban dictator Batista in 1934, it cannot be terminated except by mutual consent.

After Sept. 11, the Bush Administration decided to use Gitmo to hold prisoners captured in the War on Terror. These individuals, being dubbed “unlawful combatants” not prisoners of war, were first brought to Guantanamo on January 11, 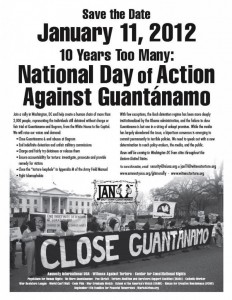 2002. Since that time, America has witnessed a maelstrom of controversy over the detention policy, torture and constitutionality of its existence.

A issue that once dominated the national conversation has now been relegated to the basement of our national consciousness. What is really interesting is the debate that has been absent about the future of our detention policy vis-à-vis now that we have withdrawn our troops from Iraq and Afghanistan will soon follow. Though major force fighting may not be in our immediate future, there will still be the odd individual or group that will be apprehended due to associated or initiated acts of alleged terrorist activity.

So, the question is not what we do with Guantanamo but what do we do with our current detention policy? Guantanamo will always be Guantanamo and if it is closed down, then there will be a new Gitmo located somewhere else; more than likely at one of those secret CIA detention facilities where human rights can be violated in worse ways. See, the problem was never Guantanamo itself, but our hurried and knee-jerk reaction and solution to an intelligence-gathering failure that resulted in 9/11.

The truth of the matter is that the United States needs a Guantanamo-type facility, a human rights-based due process policy and a national detention policy that 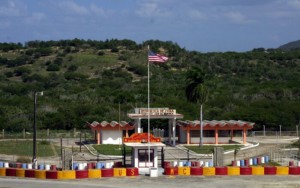 incorporates the best of our Federal system. Though the War on Terror has abated somewhat, there are those domestically and internationally, that are still willing to engage in terrorist activities against the U.S. It would serve us best if we determine the direction we shall take in the next decade and beyond now; when our thinking is not stunted due to emotion, fear and hatred.

Despite his campaign promise to close Gitmo, President Obama has not been able to do this due to an uncompromising Congress. Lacking the political will or having the political foresight (you choose) to leave it alone, the Obama Administration found it easier to withdraw troops from an unpopular war than to close down an unpopular prison.

Politics and policy have clashed in the past but we can make sure now that the two can serve as the beginning of a new national policy for the detention of terrorism suspects that we capture. Politics have become personal and policy has become partisan. But, one of the founding and grounding principle of our democracy is the right to due process. This should be the first principle upon which our detention policy should be 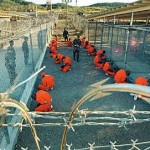 based as was affirmed by the Supreme Court in Hamdan v. Rumsfeld, in which habeas corpus rights were upheld for detainees.

So, what would such a policy look like? The one already in place in our federal system which we have used to imprison terrorism suspects, while still upholding the Bill of Rights in our Constitution. As we go forward into the War on Terror with less fanfare and hopefully more rationality, let us realize that the issue at stake the whole time has not been whether to keep open or close Guantanamo. It is just a geographic place with inanimate objects that can be utilized as seen fit. The real issue is our policy of detention and treatment of prisoners, no matter whether they are classified as common criminals, prisoners of war or unlawful combatants. As you watch and hear all the hyperbole, criticism and inflammatory rhetoric that is sure to come in the media, remember that it’s not about the property but the principle. Let us not forget the phrase that started it all, “We the People…”.