A Failing Grade for Standardized Tests 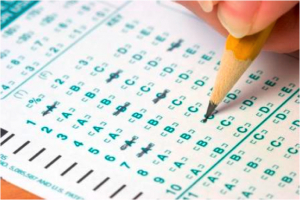 across the nation.  Recently, the College Board released the average SAT scores for students across the nation, and the results showed that the scores have fallen drastically.  Furthermore, there have been a plethora of stories in the news of how some teachers, out of desperation, have fabricated test scores in order to keep their jobs in this dire economy.  Blame for the low standardized test scores have been put on everything from social demographics of students changing in recent times, and the No Child Left Behind Act administered under the Bush administration.  Regardless of what has caused low test scores, it is time to look at the idea of the now deceased Dr. Vito Perrone Sr.

Perhaps one of the most important reasons to look at Dr. Perrone’s ideas is because he fought against using standardized tests in schools.  According to Dr. Perrone, standardized tests put too much stress on students and teachers, and debilitated a child’s desire to learn for the sake of learning.  Dr. Perrone believed that forcing students to continuously take standardized tests keeps them from appreciating all that they are taught in school, and instead causes them to despise school and learning.  Instead of looking at school as an opportunity to learn something new in an open atmosphere, students are turned into a robotic figure whose sole purpose is to perform well on a national test.

Instead, Dr. Perrone believed that a special relationship needs to be fostered between students and teachers.  Teachers are meant to help students not only enjoy coming to school and learning, but also help them become good citizens.  In this way, children will not only love to read, write, and do math, but they will also have a sense of respect for the society in which they live in.  Unfortunately, with the way schools put so much stress on strong standardized test scores, teachers are forced to spend almost all of their time preparing students on what will be asked on standardized tests.  Teachers are unable to encourage open discussions and debates, and are instead left to lecturing in front of students who become empty receptacles that mindlessly accept whatever a teacher is saying from the front of the room.  Furthermore, teachers are left with little time to help students appreciate the importance of volunteering, becoming positive members of society, and giving back to their communities.  All are important tools, according to Dr. Perrone, that should be taught to students from an early age.

Though Dr. Perrone’s views were not widely adopted during his lifetime, it is perhaps time to re-evaluate the education system.  Standardized tests do offer students and teachers a way to see how children perform on a national level, but the tests have been inhibiting the teaching/learning experience.  As teachers panic about how their students will perform on national exams, they are forced to simply cram information into a child.  This, however, does not teach a child anything because many students “learn and purge,” meaning that they forget what they have learned after a school year ends.  For this reason, perhaps a new method of teaching should be created in which standardized tests are administered in select years during a child’s pre-college years.  In this way, tests will still be given out, but teachers might be able to dedicate more time towards cementing foundations, and instilling a love for all subjects; not just math and reading.  Whatever comes out of the education debate, it is clear that the emphasis on standardized tests needs to be checked, and the education system needs to help both teachers and students.