Microfinance Must Return to its Roots

Members of People for the Ethical Treatment of Animals, also known as PETA, have gone to extreme measures to get their animal rights messages across to the public in the past.  As the largest animal rights organization in the world, with millions of members and supporters, PETA has managed to attain many successful and high-profile victories for the voiceless creatures they fight for.  From protesting half naked outside of Fashion Week to recruiting celebrity sex icons to run racy advertising campaigns, 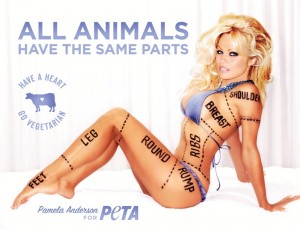 their approaches have been controversial.  Yet, their newest initiative may be the most outrageous yet.  PETA recently registered the domain name peta.xxx and plans on combining sexually explicit content with graphic pictures of animal abuse.

PETA defends their use of nudity and controversial tactics publically on their website.  Comparing their actions to that of Lady Godiva, PETA suggests that they must use attention-grabbing campaigns in order to obtain free advertising that reaches the masses.  They argue that going up against their wealthy competitors—animal-killing supporters—is almost impossible without taking extreme measures to attract news coverage.  PETA spokeswoman Ashley Byrne gave a statement regarding the launch of their upcoming porn site: “We are preparing to launch our own peta.xxx site, but instead of just showing people our iconic ads we then show them how animals suffer for entertainment…. Our racier actions are sometimes a way to get people to sit up and pay attention to the plight of animals.”  Ok, that’s great—but what about the plight of humans?

PETA has been criticized for their use of women as sex objects to attract attention to their cause—and the porn site is no exception.  While the peta.xxx site is already getting a ton of negative attention—attention nonetheless—it seems to be exactly what the organization is aiming for in order to attract people to their campaign.  However, will viewing a video combining disturbing animal abuse clips and provocative images of women really persuade people to start eating vegetables rather than meat?  It seems as though their attempt is a deluded one.  In my opinion, viewers will be more interested in viewing the women on the site rather than sympathizing with the animals.  PETA’s current initiative appears to be just another of many that objectifies and poorly represents women—although they would argue against that.

PETA stands by the peta.xxx campaign.  Spokeswomen Byrne stated: “They [women partaking in the porn video] have a choice to do so. Animals don’t have a choice. A cow doesn’t have a choice to be made pregnant over and over again only to have their babies taken away.”  Yes, this is true.  But, why is it that women have to sexually exploit themselves to attract attention to a cause?  Whether it is a choice or not, the underlying premise behind the site is to attract an audience that views women as sexual objects, hoping to gain some kind of attention to animal harm.

What are your thoughts on PETA’s current and past initiatives to attract attention to animal rights?