A Stock Exchange Without Stocks

It should come as no surprise that prostitution is a dangerous, yet pervasive, profession for individuals around the globe.  Whether involvement is due to free-will or force the consequences can be detrimental or deadly.  It exists in many forms and individuals, most of the time women and children, enter this lifestyle for a variety of reasons.  Regardless of whether or not you agree or disagree with prostitution as an undertaking or not, one thing is for sure—no woman, no matter what circumstance prevails, ever deserves to be raped.

The capital of Uganda, Kampala, contains a red light district in which prostitutes operate freely despite it being illegal in the country.  Sex workers in Africa are some of the most marginalized and abused in the world, facing criminalization, exploitation, police corruption, rejection from families and communities, and a tremendous risk of contracting HIV/AIDS and/or other sexually transmitted diseases.  Women and children who enter the sex trade often do so in order to escape poverty or conflict.  Some are coerced by traffickers falsely offering a means to a better way of life.  Some are refugees fleeing conflict-stricken zones.  Some are pressured to sell their bodies by their own family members who are struggling financially.  Yet, some are even well-educated women, such as teachers, who view prostitution as more lucrative than teaching.

One thing that stands out to me the most regarding the sex workers of Kampala is their courageous spirit and tenacious attitudes.  Although their trade is illegal and frowned upon in society, they congregate and advocate for their human rights—one being the right to be protected from police rape.  Sex workers of Kampala have reported ongoing incidences of police rape, with prevalence as high as twice per week.  In response to the many human rights violations experienced by sex workers in the area, grassroots initiatives led by those involved in prostitution have been ever present.  One such 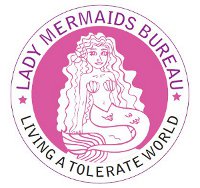 initiative is the Lady Mermaid’s Bureau (LMB), an alliance of sex workers working in collaboration with various human rights organizations, seeking to advance the rights of sex workers and their children.  Their main objectives are to:

The alliance recently went to the Platform for Labour Action (PLA), an NGO protecting the rights of vulnerable and marginalized groups, seeking legal assistance in getting the Ugandan police to stop raping sex workers.  The PLA contemplated what kind of effective actions they could take, believing that pursuing criminal prosecutions or filing reports with the police department and government would not suffice due to corruption.  PLA came up with a plan to treat rape cases just as they are—rape cases—and represent the sex workers in court as they filed civil lawsuits.  More importantly than monetary gain would be the public display of case details, shaming the perpetrators and ultimately reducing the problem of police rape overall.  They asked the sex workers to begin writing down the names, badge numbers and patrol car numbers for perpetrator identification purposes to file lawsuits.

After six weeks, the women returned to PLA and reported that not one of their sex workers was raped, beaten, or arrested.  Rather than discreetly collecting identifying information during or after being raped, they were able to avoid it altogether by simply telling officers who attempted to sexually assault them that they had their information memorized and would report it to their lawyers if attacked.  That alone was enough to make the police back off.

This is a very interesting case for several reasons.  First, the women of LMB used the plan developed by PLA, but made it their own.  Who knows the life of these women on the street better than the women themselves?  PLA gave their perspective on what they believed would work and LMB put a twist on it that made it most effective for them, and 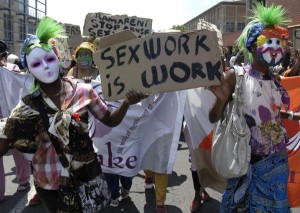 they did it with great success.  Second, making it their own shows the influence of culture on effective decision-making and strategic planning.  We must always take into account the thoughts and feelings of those we are seeking to help.  They are the ones who have first-hand knowledge and understanding of their lives and circumstances.  You can check out my recent webinar that gives some insight into the influence of culture on the sex trafficking industry.  You can also check out another initiative being undertaken to protect the rights of sex workers in India in my recent blog post here.  Finally, taking this strategy and the concept of cultural influence into consideration, how can similar tactics be applied in other cities or regions to reduce violence and improve basic human rights?  A PLA legal consultant working with LMB on this initiative also offers some other questions as fuel for thought:

It is probable that a “one-size-fits-all” approach will not be effective cross-culturally, but what can be learned from initiatives like LMB’s that can be applied in other cities or regions?  How can such strategies become sustainable?  What are your thoughts?