Due to the heated debates and reforms regarding public education in the United States, many teachers and parents have decided to take action.  The July 30th march, which is referred to as the Save Our Schools March, wants to bring parents and teachers together in order to regain control of schools.  The purpose of the demonstration in the nation’s capital is 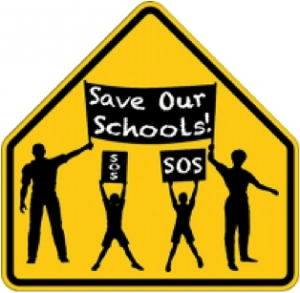 to show that the budget cuts, changes, and overhaul of teachers are negatively impacting students.  Furthermore, the march is supposed to show that the education system needs to be saved by destructive policies being passed by the federal government on an almost daily basis.

The march in Washington D.C. is said to be unique because it is not advocating for a single change, but protesting against education reform as it stands today.  A myriad of school teachers want to educate others about the difficulties schools have been, and will continue, to face with the budget cuts and policies passed by government officials.  Since the march is bringing together parents and teachers from almost all fifty states, the demonstration has made national news.  It has attracted the attention of education activists, like former Assistant Secretary of Education Diane Ravitch, and celebrities such as Matt Damon.  Educators hope that the wide-spread media attention the march is garnering will cause the White House to consider the desires of teachers and parents.

So what exactly is the march calling for?  Other than wanting to bring more attention to education reform, participants in the march want the federal government to have less control over reform policies.  A myriad of activists and reformers feel that the federal government has too much power over teachers and the way schools are run.  In order to solve issues within the education system, organizers of the march state that more control should be given locally.  In this way, parents and teachers who have a vested interest in the success of the students of their town or city will try harder to fix the education system.

Several federal changes to the education system, such as the No Child Left Behind Act and Race to the Top, are purportedly hurting schools instead of helping them.  Though the U.S. Constitution does not state that the federal government needs to be involved with education reform, the government does provide money to schools for free lunch programs and the general wellness of students.  However, since the pass of the NCLB Act in 2001, Congress has been renewing the act on a yearly basis.  Though the Obama administration has been putting pressure on Congress to repeal or reconsider the act, Congress has continuously stated that the president cannot put a deadline on them to repeal the act.  For that reason, participants of the Save Our School march hope to push Congress along on reconsidering the NCLB Act.

University of New Hampshire education professor, Sarah Stitzlein, states that many federal reforms unnecessarily stress standardized tests.  Though these tests are important, they penalize teachers from cities that have low standardized test scores instead of giving them feedback as to how to help students.  Furthermore, students and teachers become so caught up in producing high test scores, the quality of education becomes less about creativity, growth, and understanding, and more about making a quota.

The Save Our Schools March hopes to address all the issues faced by the education system, teachers, parents, and students.  Organizers and participants of the march want to regain control of their schools in order to make changes that will benefit and not harm American students.  Hopefully, the White House and congress will pay close attention to what the protestors are saying, and look into what will strengthen the education of millions of children instead of budget cuts.  It is time for children to build their skills and knowledge when they go to school, and not face setbacks due to federal reforms.