In the midst of many differing, passionate opinions on Breivik’s attack, there is one lesson that we should be able to agree on universally

On July 22, two terrorist attacks shook Norway to its core. Anders Behring Breivik, the man who has admitted to carrying out both attacks, is responsible for the worst peacetime massacre in Norway’s modern history. If you’re unfamiliar with the details 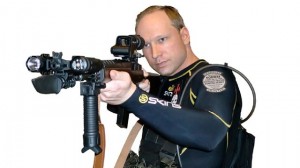 of the attack or are looking for a series of analysis, I suggest you check out the BBC’s page on the attacks.

What I’m interested in extends beyond the event and its inevitable international response. By sifting through a multitude of opinions and responses to the attack, I want to see if there’s any clear, objective lesson that can be learned from this atrocity. What can we take away from the vicious back and forth that ensued in the US, Europe and the Middle East over the religious, political and social implications of the attacks?

First, a quick overview of what this back and forth commentary entailed. When news first spread around the globe of the attacks, Fox News and The Washington Post each released early reports that the attacks followed a jihadist theme and therefore could be traced back to al-Qaeda. As soon as the headline hit that Breivik identified himself as a Christian fundamentalist, they mostly recanted their statements. Then Bill O’Reilly declared that Breivik was not in any manner a Christian, regardless of his self-declaration, and flamed the media for saying that he was one. The day after the attacks, Glenn Beck foolishly compared the slain children of the attack at the youth camp to the Hitler Youth (though in his defense, he did scold the media for claiming the attacks were carried out by Muslim extremists).

On the flip side, liberal commentators fired up their rebuttals. Juan Cole pointed out that O’Reilly and others like him are now on the defensive because non-Christians may start to associate senseless terrorist acts with Christianity in general, similar to what happened to Muslims after 9/11. In his reliably fresh and entertaining style, Stephen Colbert mocked the newscasters who apparently refused to believe that Breivik had nothing to do with al-Qaeda.

Reports in the Middle East were of equal give and take. Many publications were quick to point out the alleged role of the radical right wing in the development of Breivik’s plan. They argue that his hatred of multiculturalism (seemingly a main reason for his decision to attack civilians) is indicative of right wing, Islamophobic ideology. The Jerusalem Post countered by stating that the actions of fringe extremists should not take away from the “abject failure of multiculturalism”. According to their argument, multiculturalism has indeed failed; Breivik’s destruction was just a poor way of demonstrating that.

You get the point. Heinous attacks such as those of July 22nd tend to galvanize opinions on all sides. I’ve been reading these editorials and arguments since the attacks happened last week, all the while wondering if there was an objective lesson that could be learned from them. It wasn’t until I stumbled upon Murat Yetkin’s summary of the attack that I found what I was looking for:

“It is once more understood in a very tragic way that terrorism has no color, no religion, nor nationality and it can hurt people in their most unexpected moment, most unexpected place…” Source

This, I believe is the universal message that we can take away from these attacks. As made clear by the mess of opinions I discussed above, a consensus on the details and ramifications of a terrorist attack can never be reached, not on a global scale at least (and there’s nothing wrong with that). But the one point that I believe should be agreed upon is that terrorism does not stem from a single culture or belief. Taking into account the terrorist attacks of the last ten years, this should be clear.  Terrorism can arise from any extremist, fringe movement that grows out of a number of backgrounds. The son of a wealthy businessman (bin Laden), the citizen of a country known for its civil and political liberties (Breivik) or a multitude of other examples.

I’m not arguing against the right of commentators and scholars to debate the reasons for Breivik’s attack; I think that this is a necessary measure in the aftermath of such a tragedy. I’m saying that while we look deeper into the causes of the attacks, we should keep in mind the words of Mr. Yetkin. A bit less finger pointing amongst groups, however idealistic one may imagine that to be, could lead to less misguided hatred. Consequently, this could decrease the chances of lunatics like Breivik from unleashing their hostility on innocent civilians.