Yesterday I facilitated a webinar on Culture, Conflict and Violence against Women: A Focus Sex Trafficking.  I raised several issues regarding the vast differences experienced by victims of the sex trafficking industry, particularly as it pertains to culture, gender dynamics and power differentials.  I recommended that governmental bodies and non-profit agencies reevaluate motives, revise legislation and campaign initiatives, establish flexibility in programming and resource development, and understand the actual needs of trafficking victims from the victims’ own experiences and not by what is believed to be their needs based upon our own biases and perceptions.  Participants in the discussion brought up the idea of ‘partnering agencies’ to meet needs rather than sole providers attempting to do all the work.  As I reflected upon my presentation and the group discussion, I came across a great example of how culture influences the sex trade industry and how currently established NGO’s do not always meet the needs of those they are seeking to help and rehabilitate.  It begins with the story of a woman named Naseema, a daughter of a sex worker in Lalten Patti (Red Light District near Bihar, India), who is on a quest to achieve dignity and respect for herself, her family, and her community who are all connected to the sex industry.

Naseema was raised by her “grandmother,” a prostitute in the Chaturbhuj-sthan 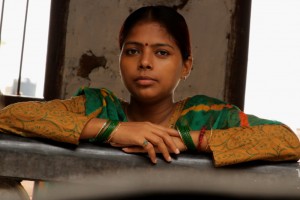 brothel in Bihar, although she was not a sex worker herself.  Her grandmother sent Naseema to school, becoming the first from the brothel during that time to receive an education.  Naseema speaks of the stigmatization she experienced growing up and how she had to hide from others in her school, where she came from.  Naseema later started an NGO, Parcham, after a traumatizing experience stemming from a police raid.  She gathered a group of others who were daughters of sex workers and began advocating for human rights of sex workers.  In a recent video filmed about her life and work, Naseema stated that she wanted to start an organization because “NGO’s at the time were unable to understand the real issues” of the Red Light Districts in her area.  It was explained how the NGO’s would get prostitutes out of the brothels temporarily while the donors of the organizations visited, and then the sex workers would return to prostitution.  They were not understanding or addressing the true needs of those living in the communities they served.

Naseema and her colleagues have successfully made a positive impact on their communities, having first-hand experience of the culture and getting to know the needs of the sex workers.  The sex trade in the area is generational, and Naseema has broken the cycle for herself and helped others do the same.  She has helped many enslaved women free themselves from the sex industry.  Furthermore, she has assisted in blocking new recruits from becoming enslaved in the brothels who were trafficked across borders and helped with support such as reconnecting with their families (who often do not want anything to do with them for fear of their name being soiled) and safe shelter.  Before the NGO existed, children of the brothels did not attend school.  That all changed.  Almost every single child in the Red Light Districts served attend school.  Naseema even successfully negotiated with the largest Open University, Ignou, to establish a study center in the heart of the Red Light District.  Naseema stormed a meeting with the Chief Minister and demanded attention to the issues facing sex workers and the corruption of officials who seek to use force and harm to extinguish brothels and the people who live there—he was the first to listen to her and ask for solutions from the people experiencing the problems.  From that advocacy initiative, Naseema’s organization was partnered with the Chief Minister’s women’s development team to strategize.  Another great accomplishment coming from Parcham is the innovative magazine called Jugnu.  Jugnu is the first of its kind—it is written by sex workers for sex workers.  It is a 32-page, monthly distributed, handwritten collection 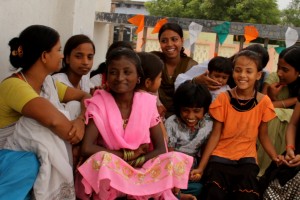 of stories, dreams, aspirations, and questions that give sex workers a platform to speak of their lives and process solutions.  All articles are written by those living in Red Light Districts, and a section is even dedicated to the children living in brothels, providing encouragement to achieve their hopes and dreams.  I think the importance of Jugnu lies in the fact that it is all first-hand experience, needs, and questions outlined by the communities it serves—there is no alternative agenda or “spin” that is sometimes the case with mainstream magazines and news sources.  Parcham also puts on theater dramas around the world to raise awareness of the real issues experienced by those living in the Red Light Districts—another innovative approach to challenge assumptions of the masses and draw attention to what has been missing from past initiatives.

The work that Naseema started has become successful in many ways despite the challenges and opposition she faced.  Her journey has shown how outsiders often have misconceptions or false understandings of what people are truly experiencing, cultural implications involved, and what the needs of communities truly are.  As a result, poor strategies and harmful actions are carried out in order to eliminate problems—often becoming counterproductive.  Naseema has met funding difficulties for her program, yet other NGO’s and official bodies receive monies for operations and initiatives that are not sustainably effective.  Collaboration between community advocates and organizations, NGO’s, and governmental agencies will be most effective.  Shared resources and shared information will make for much more progress towards positive societal change.  If you are interested in seeing the documentary about Naseema and her journey, you can view it here.  I invite you all to share any further insight or questions rose as you read this post and/or watched the film.  Prepare to be touched!