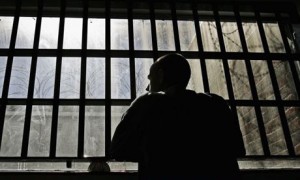 problem is especially prevalent among the youth, as 46% of Americans between 18 and 21 claimed to have taken drugs. According to this site, 19,000 people die from drug addiction, and another 9,000 people die from drug-induced causes within a calender year. With such prevalent death and addiction from drugs, should we begin to question whether or not our current policies are effective in counteracting drug trade and drug addiction in America?

As someone who believes the government should not be able to interfere and morally police the public, I find it difficult to agree that things such as drugs should be made illegal on moral grounds. In my opinion, no laws should be made on these grounds. Laws and policies should be based on what benefits society. For the criminalization of all drugs, there should be significant evidence that suggests that they should be illegal.

I am not a proponent of legalizing all drug trade. I think such a policy would be naïve and rash. However, strict criminalization of all drug trade leads to many problems. First of all, prohibition of certain drugs can breed contentment among the youth. For example, 24% of Americans between 18 to 25 have experimented with marijuana. If such a substantial amount of people are taking the drug currently, the policy is likely not good at deterring people from trying the drug; rather, it is bringing about a culture of disrespect for the law. Connecticut recently made steps to overcome this discontent and save government money when they became the 9th state to decriminalize marijuana. Contrary to what you may expect, these states that have decriminalized marijuana are among the states with lowest marijuana usage rate.

This data suggests that rather than reducing drug usage, the criminalization laws in most states are merely costing the state and federal government a lot of money for no reason. If the resources that go into criminalizing this drug go into drug prevention programs or fighting other types of crime, it would likely be better spent.

A third problem with the criminalization of certain drugs is that it allows for gangs to be able to fund themselves. I recently read a book by Sudhir Venkatesh, a Professor of Sociology at Columbia, titled Gang Leader for a Day. In the book, Venkatesh documents his life over a five-year period within a gang in Chicago. It is clear from his accounts that a lot of the crime in the inner-city is a result of drug trade, as a lot of violence results from multiple gangs jockeying for the rights to the drug market in certain communities. Such gang warfare can be avoided if the government legalizes drugs that it considers “lower-risk” drugs. Thus, the government will be able to generate tax revenue by controlling and selling the drugs rather than having to spend money prosecuting those buying and selling the drugs. With less kinds of drugs to sell, gangs will become less prominent, as people will seek different opportunities to generate revenue.

Finally, in my opinion, drugs that are “high-risk” drugs should remain illegal. However, the government should decriminalize the drugs among those who possess it. Thus, they would be more likely to seek out medical help if their health is in immediate danger, or clinical help to help them overcome their addiction.

I have not categorized drugs as to whether I think they fall into “low-risk” drugs or “high-risk” drugs. This is a task that I am not qualified to complete. However, I think that a governmental body could definitely look at existing data and make these distinctions. By splitting these drugs to these two categories and either legalize or decriminalize them, they can increase compliance with other laws, save money, decrease gang violence, and increase the amount of help that addicts seek.