One of the most important tools a child needs in his or her social toolbox is the ability to be tolerant of others. The world is composed of people from different backgrounds who speak various languages, and follow diverse customs and religions. Any child, whether in the United States or elsewhere, will be exposed to someone who identifies with a faith that is not the 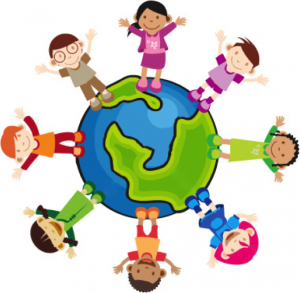 same as their own. In today’s society, especially with how globalized the world has become, it is important for children to learn to accept others from an early age. Not only will children become morally strong, but in the future they will have an economic advantage when they respect others from around the world.

Learning to be tolerant and respectful of others is key to being successful in life. Due to the fact that children mimic their parents, tolerance can be easily taught to a child from an extremely early age. Many parents are friends with people from different cultural backgrounds, and an easy way for parents to teach their kids to be tolerant is to learn and share more about the heritage of their friends. Sometimes, simply being educated about the customs, holidays, and beliefs of another person is enough to foster tolerance in a home. A lack of education can lead to stereotyping groups of individuals, and denying the qualities that make them unique. When a child learns to be open-minded about the various cultures, foods, people, and faiths surrounding them, the easier it will be for them to accept others when they get older.

If tolerance leads to acceptance and understanding, then intolerance breeds innumerable negative issues. According to Dr. Michele Borba, a child advocate, author, and speaker, intolerance is a major contributor to the rise of bullying among children younger than nineteen. Dr. Borba explained that most children say bullies pick on kids who are different in some way, shape, or form. Bullies tend to go after children who are overweight, too thin, have difficulties with speech or learning, dress a certain way, speak a different language, and a myriad of other reasons. A child who has not been taught to accept others for their unique qualities, not just cultural differences, will most likely bully children who he or she thinks does not conform to the “norms” of society. That is why it is imperative that children be taught that they cannot dictate what is “normal” because every person, including themselves, is distinctive in some way, and that is what makes the world so very interesting.

In order to prepare children to be open-minded individuals from a young age, there are a few things parents can do to help teach tolerance. First, parents must be careful of what they say around kids because children pick up on negative phrases and slurs almost immediately. This causes a child to think that it is okay to repeat hurtful words or comments to someone else because their parents used these worlds around them. Another important piece of information for parents to keep in mind, is making sure that they teach their children to respect themselves. Often times, a child who lacks self-esteem will treat others badly because they are not confident about themselves. Learning to respect others begins with a respect of one’s self, and that is one of the most essential keys to teaching tolerance to a young human being.

Fostering and nurturing tolerance in a child, is one of the biggest gift’s a parent can give their young one. The world is incredibly globalized, and children will cross paths with an individual who has different beliefs and ideologies at some point in their lives. People from diverse backgrounds can be found in every job field, and a child that cannot accept differences in others will suffer in the future. Thus, in order to control bullying, strengthen morality, and secure promising futures for a child, parents should endeavor to teach their children tolerance from a young age.