Beyond the tragedy of the commons

Very often the countries with abundant resources are the poorest and the least developed. Common wisdom assumes that development requires exploitation of these resources. But is there an alternative? In recent years, there has been an increase in sustainable and eco-friendly businesses that challenge this assumption. Eco-tourism is one of them, but there are also many other businesses that have proved to be successful. Some examples are COMACO and Cosmeticos Mazunte.

COMACO is a company that produces and sells food products in Zambia. Before COMACO, farmers in Zambia hunted elephants, leopards and lions illegally to sell it to the highest bidder. Because of the COMACO initiative, food production increased and the community can now manufacture their own products and sell them at local markets. The benefits that they get from selling their products has empowered the community by increasing their food security and it has also prevented the degradation of their ecosystem.

Cosmeticos Mazunte is a local enterprise based in Mexico. It started after the government banned sea turtle hunting, therefore leaving nearby communities to find 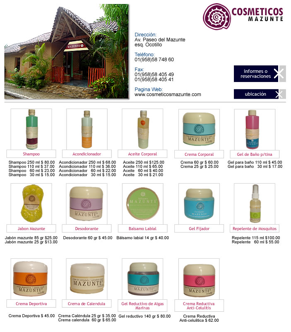 other ways to sustain themselves. With help of the Body Shop and an NGO, the community created a small industry that sells beauty products. Additionally, Mazunte has created an eco-tourism industry and has even built a sea-turtle museum. This business has proven to be successful for both the community and the environment. The company is a co-op and is run by the people who produce the products.

Cosmeticos Mazunte is an example of a Non-timber Forest Products (NTFPs) enterprise. NFTPs are harvested from forests but they are not timber based. NTFPs can be any product with commercial value that originates from a forest’s fauna and flora. It can be as simple as the root of a plant-to be used as a herbal medicine, or a bird nest or egg-to be cooked and sold as a culinary delicacy.

But to have both economic development and conservation is not an easy target. How can products be commercialized to sustain biodiversity and the environment while creating economic profits, particularly for local communities? Many challenges are faced when trying to obtain both objectives. To have succes, it is necessary to assist  governments so that they realize the importance of those businesses and to link the communities to their resources and their commercial partners.There is also a need to evaluate the natural resources in order to exploit and manage them in a sustainable way.

In many developing nations, people are gainfully employed each season to harvest the resources, which they generally sell to middlemen. By middlemen I mean people who are not the direct users of the products. For example, a middle man will buy fish from a small fisherman but then package it and sell it to a big corporation. In those cases, there is small or even no direct connection between the ultimate buyer and the seller. Furthermore, the local fisherman has very little to no power in the overall market, even if he is the sole supplier.

This situation in many developing countries raises two major risks. On the one hand it gives powerful incentives to harvesters to gather as much as they can, as quickly as they can, and before anyone else, so that they can accumulate the largest sum of money. In economics, this type of problem is referred to as “the tragedy of the commons“. It happens when everyone seeks to maximize short term profits without thinking about the possible disapearance of the resources. Harvesting this way degrades the environment and exhausts the resources, making the whole business unsustainable.

Another risk is that the gathering often involves dangerous activities that expose harvesters to unsafe conditions (fisherman with unsafe boats, miners with no oxygen masks, etc).

A possible solution to the risks of the tragedy of the commons is to give common ownership of the resource to the exploiting community. Common ownership would make the community become aware of their dependence to the natural resource they gather and it would provide incentives to preserve it. According to research by Elinor Ostrom, stable local common resource management would have to imply:

Meeting all of these conditions is not easy. Countries that seek to develop sustainable businesses would therefore need to have integral approaches that would require the engagement of economists, biologists, politicians and most importantly local people. But as complicated as this may be, the integral approach is an incredible opportunity to have both development and conservation in resource abundant countries. COMACO and Cosmeticos Mazunte are a proof that this is possible.

Julia Naime is a research intern at the Sisgi Group. Her research focus areas are International Economics and Environmental Issues. She is majoring at Economics in New York University . To learn more about the sisgi group visit www.sisgigroup.com