When I was in my early teen years, I excitedly got behind the wheel of my mother’s car and slowly cruised down my driveway, up the street, and around my neighborhood for the very first time.  I practiced and practiced day in and day out, regularly being praised and encouraged by friends and family alike.  At 16, the all-important day had arrived.  As I stood anxiously behind a long row of cars, I contemplated the freedom and independence I would have once the road test instructor got into my car and saw how beautifully I could drive.  A shriek of delight and a sigh of relief came when the driving test was over and I was handed a “PASS” paper.  From that moment on, my life had changed in an unequivocal way.

I wake up every morning.  I brush my teeth, shower, get dressed, walk my dogs, and begin my day.  I jump into my car to go to work, run errands, attend school, and visit friends and family.  I generally do not think twice about this practice and the jubilation I once felt has long faded.  I could not imagine life any other way.  However, thousands of women around the world have never experienced the same kind of joy and privilege that I so take for granted.

In Saudi Arabia, gender often dictates every aspect of daily life—with women at the bottom of the totem pole.  Some have even referred to the political and social situation in Saudi Arabia as a “gender apartheid.”  You can check out Stephen’s blog post where he describes how this so-called apartheid is criticized by the international community, but how the power of counter-reform organizations have deterred women from gaining equality throughout history despite criticism.

One aspect of life affecting women in the country is the female ban on driving.  This ban creates a strong reliance on women to hire expensive drivers or utilize their male relatives to shuffle them around, both of which are not always easy or possible—or fair.  The women of Saudi Arabia have been raising this issue of unfairness for years, but to no avail.  Recent actions led by Manal al-Sherif and a large community of supporters have empowered women to get behind the wheel and experience the freedom of mobility. 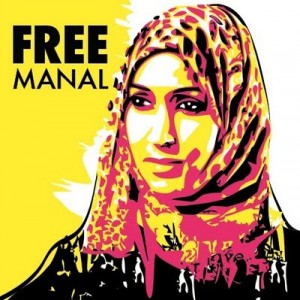 Sherif was arrested just a few days ago and is being detained in prison for her call to action, empowering Saudi women to join the peaceful protest and upload their driving videos to the internet, and posting a video of herself driving around the Eastern Region on YouTube.  International and local human rights organizations and activists have scrambled to draw attention to al-Sherif’s arrest, have her released, and encourage the Saudi government to reevaluate its restrictive laws on women—particularly in this case where there are no traffic laws prohibiting women from driving.

Will this equality-seeking movement continue to push forward?  I would not be surprised if the revolutionary campaign is carried out on June 17th, despite the involuntary removal of the original Facebook group, YouTube video, and Twitter account.  Several thousand supporters, men and women alike, joined the social media groups and planned on taking part in the historical event (and still do).  Even more activists and supporters have become aware of the campaign due to international outrage over al-Sherif’s arrest, with social media groups reemerging to continue to raise public awareness.  However, as Michelle concluded in a recent blog post about social media’s role in the Tunisian revolution, Facebook, YouTube, and Twitter cannot be considered as the spark or cessation of any social justice movement.  Social media should be considered as playing a secondary, supportive role to the social, political, economic, cultural, and/or religious factors that ignite civil action.  This holds true in the case of Saudi women seeking righteousness through a basic right to drive.  It did not start with Manal al-Sherif, nor will it end with her.  However, her courageous actions in conjunction with the power of social media have inspired and paved the way for so many other women to demand equality in Saudi Arabia and around the world.