Reducing Energy Consumption – Its Not Just For Hippies

Despite Japan’s current nuclear crisis resulting from the earthquake in March, there are plans to build another nuclear power plant in Jaitapur, an earthquake-prone area 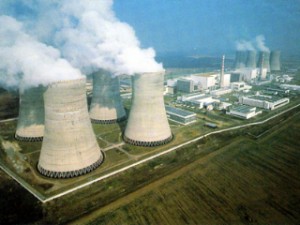 on the west coast of India. This isn’t just your average nuclear plant, either – the proposed 9900-megawatt plant will cover 968 hectares of land (that’s more than two thousand football fields!) and it will be considered the largest nuclear power plant in the world.

There has been growing resistance to the plant’s development (both in India and worldwide) concerning the potential of an earthquake striking the region and causing a nuclear meltdown. It really comes down to whether or not a nuclear plant should be built in a disaster-prone area in general. Earthquakes – along with other natural disasters and severe weather events – are uncontrollable, unpredictable, and potentially destructive to any area. If a severe earthquake hit India, a nuclear meltdown in addition to any structural damage could be completely devastating.

Although we certainly can’t control earthquakes, we can control the type of development in these earthquake-prone areas. By not allowing the Jaitapur Nuclear Power Plant to be built, we can prevent a potential natural disaster from becoming utterly catastrophic. Any damage to infrastructure can be rebuilt, but a nuclear meltdown can be destructive for decades.

This relates to the very core of sustainable development: using available resources to meet current needs without compromising the well-being of those in future generations. As we make plans for the present, we have to consider the potential long-term effects. It may be the case that a severe earthquake will never strike this part of India and a nuclear meltdown would therefore not happen. However, is it really worth the risk? Providing inexpensive electricity cannot be a priority over people’s safety. Besides, there alternative sources of energy that can be utilized  – such as wind and solar energy – that wouldn’t bring the risk of a nuclear meltdown. There may be a far more sustainable approach.

For those who think the Jaitapur Nuclear Power Plant should be constructed, I’d be interested in hearing your thoughts. Is there a way this project could be developed sustainably? Or, when it comes to sustainable development, should we just disregard potential risks and hope for the best?

Rebecca Birnbaum is a Program and Research Intern with the SISGI Group focusing on nonviolent conflict resolution, nonprofit management, and sustainable development. She is a senior at the University of Michigan, where she studies Anthropology, Political Science, and Peace and Social Justice. To learn more about the SISGI Group visit www.sisgigroup.com.