A few years ago, Iraq was a hot topic of discussion. In the US, it seemed everyone had a friend or family member in some stage of deployment there. The news headlines flashed stories of Iraqi elections, sectarian struggles and attacks on Coalition Forces. Even if US citizens weren’t completely informed on the events taking place there, they were at least aware of them.

When the troop surge helped reduce the prospect of civil war between Iraqi communities, many people assumed our job in the country was finished. We turned our eyes to Afghanistan and began calculating what it would take to achieve a similar goal there. We continued to draw down our level of troop support for Iraq, following the Status of Forces Agreement signed in 2008, which stated that all US combat forces would be withdrawn from Iraq by mid 2009, followed by a complete withdrawal by the end of 2011. Though it wasn’t until September of 2010 that the US halted combat operations, it appears the Obama administration intends to stick to the timetable for complete withdrawal.

The removal of US military support does not mean that Iraq should now be left to fend completely for itself. Now is the time when governmental aid organizations and non-governmental organizations (NGOs) must rise to the occasion by identifying and addressing issues that pertain to the Iraqi people. The NGO Coordination Committee for Iraq is an organization that, as could be assumed by the name, aims to improve the coordination of NGOs working in Iraq. Their compiled list of humanitarian issues in the nation include the following:

This is just to name a few of the issues the Iraqi people are currently facing. While some are understandable, it’s hard to believe that basic infrastructure needs have yet 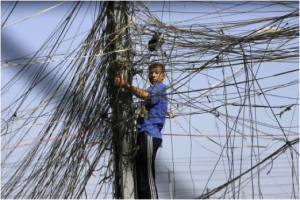 to be met, considering the amount spent by Iraqi and foreign governments to bring roads, electricity and clean water to Iraqis. Numerous stories have surfaced over the past year about power outages in places like Baghdad, the capital city of Iraq, and Kirkuk, a northern provincial capital where residents are reportedly only receiving three hours of power a day.

It’s important to keep in mind that offering a continuation of support, albeit in a much different form than was previously offered, should in no way eclipse the role of the Iraqi people in rebuilding the nation. Since the halting of US combat operations, Iraqi civilians and governmental personnel alike have played an increasingly significant role in the direction their country is heading. The support of both governmental organizations and NGOs need to reinforce the efforts of Iraqis, not supplant them.

Organizations like the United States Agency for International Development (USAID), the US agency responsible for administering foreign aid, often have the best of intentions but don’t always achieve full results. In the case of Iraq, USAID’s first stage of aid included the restoration of infrastructure. After 2005, aid was shifted to other projects within the country. Perhaps, if aid had not been shifted so early on, Baghdad would be able to keep its lights on all night long.

Over the course of the next two weeks, I will be analyzing actions taken by these organizations, individually and collectively. Iraqis needs our support, but if we provide it, it is our obligation to ensure that the aid we offer is actually helping solve problems rather than simply providing temporary fixes. Check back in soon for the next post in the series.