We continue in our Social Entrepreneur Series with this week’s commandment.

Thou Shalt Not Speak for Others

So you have designed an intervention for a social problem that you hope will change the lives of a community. You can see the great solution and want to raise awareness of why this is important. After all there are human lives involved in this problem (e.g. poverty, crime, drugs, health). So you go on every newscast about 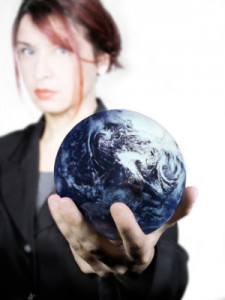 this issue, write an op ed and create a public campaign about how bad life is in this community. How these poor people need our help and how we need to all get involved to bring about change.

Sitting at home looking and listening to this are these “poor” people. All of a sudden the home they have saved and worked hard to maintain is a symbol for poverty, crime and the worst in society.

One of my first positions after completing my undergraduate education was in a community in East Baltimore. Negative media and images had long stereotyped this community. A local charity working in the area used these negative aspects as part of their fundraising to support their work. By selling how horrible the community was they were able generate thousands of dollars to support their efforts.

However, the community members were also interested in bringing about change. Though there existed high crime and poverty, there also were long standing homeowners and individuals interested in maintaining their community. When they decided to formalize to provide services in the community and create a neighborhood association, they faced several roadblocks. It was assumed, by politicians and funders, that the people living in this area were too needy and uncaring to run an organization. The other charity with its power and prestige had created an image of what the people in this area were like, all of which was negative.

I have written before about the challenge when telling a single story (Travel Lies, or Our Arrogance is Partly to Blame) about a community or people. It is important to remember that you may be creating a long lasting issue that they will have difficulty in changing. It is also one of the reasons that it is so important to have community members and people on the ground as part of the program design and work that you are doing. With their voices you can tell a more accurate and empowering version of the needs a community faces.

As social entrepreneurs when looking for partners one should also consider including local individuals, service recipients and those dealing regularly with a social problem in any planning or implementation you are developing. It is not your place to speak for others, especially if they can speak for themselves.

Thenera is the President of The SISGI Group a consulting and research organization dedicated to addressing global issues through sustainable impacts and strategic global initiatives. To learn more go to www.sisgigroup.org