You may have seen on the news that July 11th was the London Summit on Family Planning, brought to you by the Bill & Melinda Gates Foundation and the UK Department for International Development (DFID). This summit was a landmark in the history of family planning, women’s health and women’s rights. The whole point of this summit was to increase women’s access to contraception worldwide. It was the first of its kind and finally this crucial topic got the recognition it needs and the political commitment it depends on.

Family planning has a somewhat tumultuous history on the international agenda. The issue gained warranted recognition during the heyday of women’s rights activism in the 1960s and ‘70s when concern over population growth was receiving major international attention. But, family planning’s reputation was tarnished in the 1980s when contraception became synonymous with involuntary or forced population control. Since then, it has been swept to the wayside as more attention-grabbing health problems, like the discovery of HIV/AIDS, shifted aid organization’s attention towards more disease-specific issues. Additionally, political and religious agendas around the further pushed family planning farther down the international agenda (think the Global Gag Rule and the Catholic church’s position against hormonal birth control). Fun fact: did you know that reproductive health is not even included in the MDGs? I would venture to say that growing concern over population growth and the major international focus on maternal health has brought family planning back into the spotlight with this summit.

So the big question about this summit is: will it be any different than the many other international gatherings, meetings, and conferences that make long lists of recommendations and commitments, but never give any solid plan for the future and rarely produce much of worth? Well, yes it seems like it will be different. There was strong international commitment at this summit where developed countries quite literally put their money where their mouths were in terms of committing $2.6 billion over the next eight years to providing access. Additionally, developing countries, where the need for contraception is the greatest, have promised to increase their spending on family planning and focus on women’s rights.

So far, so good. But, what about the implementation and follow through of all this support? My biggest concern is about the monitoring of money flow when it comes to international aid; where it goes and how it is used. I was relieved to see Amie Newman, editor of the Impatient Optimists blog for The Gates Foundation, bring this point up. Ms. Newman hit the nail on the head when she wrote “Yes, these are pledges. Which means it will take all of us monitoring and keeping governments and donors on track to live up to these commitments.” I would hope that if the editor of the Gates Foundation blogs brings this up, then the organization has this already planned out.

So, what is the plan for actually getting this money and these commitments to change the lives of the 120 million women in the global south that are 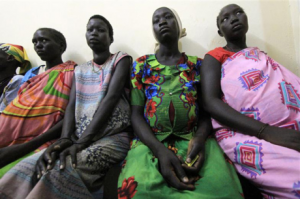 expected to benefit from this? This I couldn’t find information on. Perhaps the Gates Foundation and DFID will set up a joint collaborative family planning unit that will be in charge of overseeing the implementation of the action plan and funding from this summit. Hopefully they will work closely with recipient developing countries and health organizations in developing comprehensive and funding efficient family planning program designs. If this unit works closely with governments and organizations in continuously monitoring and evaluating the programs, then this could be an extremely effective model in delivering life-saving family planning mechanisms to millions of women around the world.

Donor countries must also be held responsible for what happens with the money they pledge for these projects. Pledging can no longer be accepted as enough anymore. To pledge money, resources, etc. to a cause must make those pledging responsible for what happens with their support. Hold your government responsible for the money it pledged to this summit to promote family planning. Keep track of the work on this project through reports from the US government, Gates Foundation and DFID. If you don’t like what you see on the summit’s implementation or follow through on pledges, demand an explanation by contacting these organizations and let them know.

The London Summit on Family Planning was no doubt a major victory for women and women’s health advocates everywhere. I only hope this ushers in a new era in international aid and development focused more on reproductive health and family planning. Perhaps finally the full scope of women’s health can get the recognition it deserves as one of the most important and complex issues on the international aid agenda.