Searching For Answers in the Aurora, Colorado Shooting

When something like the Aurora movie theatre massacre happens, the first question is always “why?”. Why did this happen? The brutal act of violence seems so senseless, so inexplicable. It’s hard to make sense of it all. 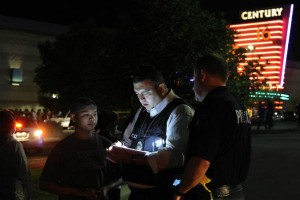 However, the problem lays in our follow-up question- “how do we prevent this from happening again”? Too often, we get caught up in a discussion of prevention, rather than looking at causation. For one reason or another – fear, ignorance, apathy – we ignore examining the cause, and skip right over to preventative measures. Maybe it’s because the real solution is more difficult than simply installing a few metal detectors, and it’s more expensive than increasing the police presence in our community. The real problem? A serious crisis in hegemonic masculinity. It comes down to how we define masculinity in our culture.

In more cases than not, mass murders can be traced back to a crisis in hegemonic masculinity. The perpetrator of the violence has long struggled with his failure in achieving hegemonic masculinity. He was often teased, ridiculed, or bullied during his childhood and adolescence, simply because he deviated from the norm of the “ideal man”. 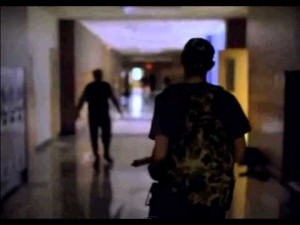 Often, the perpetrator then comes across a final stressor, which becomes the final straw. Some are triggered by a rejection, or failed intimate relationship just days or weeks before the event occurred. In many cases, financial stressors are to blame. A study found that 71% of mass murderers had a major financial stressor in their life, either in the form of job loss, unemployment, or debt shortly before the mass murder. This could be attributed to the fact that economic independence and a solid, stable job are pillars to achieving hegemonic masculinity. Regardless, the act of mass murder becomes the only way for the perpetrator to get even, and get the recognition he deserves. It’s a way for him to finally make his mark. It’s a way that he can finally grasp a hegemonic masculine identity, which has been damaged or denied from him for so long.

I’m not here to diagnose a problem, give an excuse, or even an explanation. However, I think it’s time that we stop thinking that such shooting sprees are isolated events. Too often, we chalk it up to the “crazies”, and call it a day (Even though over 68% of mass murderers were found to not have a mental disorder). We need to understand that such events do have cultural meaning. Deep cultural meanings. 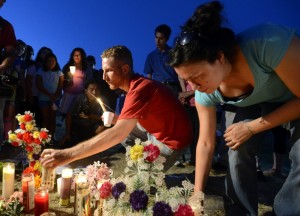 And while the pain is still raw, and healing is still to be done, it’s our responsibility to realize that all these events are unfortunately, interconnected.  Bulking up security, changing guns laws – those are just cover ups. Sure, they’ll do some good, but at the end of the day, they’re not fixing the root of the problem. It’s time to look deeper. We need to take an honest look at ourselves, and realize that we ourselves are part of the problem. How we construct masculinity, how we regulate gender within our society – it all makes a difference.

So how do we go about tackling the issue of hegemonic masculinity? Some groups are already doing work to change our cultural definition of masculinity. There’s The Good Men Project, which is working to start a national discussion about what it takes to be a good father, son, husband, and worker within our society. Their goal is to increase the dialogue about what it means to be a man in the modern era, and work to make improvements out in the real world. We need to emphasize the multidimensionality of men – show that they can be both strong, yet light-hearted, provocative yet reflective. It’s all about opening up the conversation, and challenging cultural notions of how a “real man” should act.