Most recent news will depict U.S.-Latin American relations as one dealing with the War on Drugs.  In an earlier 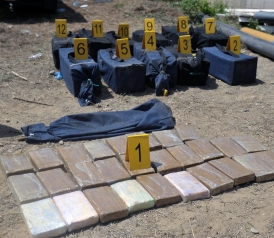 post I wrote, I described the drug cartels in Mexico that have become one of the deadliest sources of violence in Latin America.  I also pointed out their global impact, which is largely attributed to the U.S. demand on drugs.  This increasing epidemic has also created a call of action for countries to come together and find a solution.  But, of course, this is easier said than done.  In the most recent dialogue President Obama had with leaders of Latin American countries, there still seems to be a gridlock on what the right path to take is.  Last week I mentioned another dispute the U.S. had with Latin America, during the VI Summit of the Americas, regarding Cuba’s participation in the 2015 Summit.  Besides the obvious differences in opinion President Obama has with other leaders regarding the war on drugs, I want to point out that this is a foreign policy decision that will directly affect citizens throughout the western hemisphere. I think part of the frustration all these leaders have is that this is a global issue that does not respect borders and that continues to spread throughout various countries.

So what does Latin America think?  During the Summit, Latin American Leaders persuaded President Obama to think of alternatives to the failed war on drugs.  Such alternatives include the legalization and decriminalization of drugs.  These alternatives have surfaced because of the increasing violence seen throughout these countries. 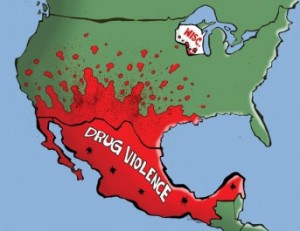 Most of Washington’s war on drugs has been fought in Latin America, leaving innumerable victims and families dead.  Although the U.S. (especially Hillary Clinton) has been pushing to continue the militarized war on drugs, it has proven to solve nothing.  Contrary to that, it seems as though this has become a game for cartels.  Cartels simply move to a different location or country whenever they see a threat to their illegal operation.  U.S. Representative Henry Cuellar describes this: “As we put the pressure on in Mexico, they are going to other places with weak civil institutions”.  For example, members of the Sinaloa Cartel, which operates on Mexico’s Pacific coast, were arrested in the Dominican Republic this month.  These patterns have led leaders to seek an alternative, where cartels could be eradicated and not simply displaced.

Regardless of whether legalization and decriminalization is the right way to go, it is certain that the current war on drugs is not effective.  It is also evident that Latin American leaders will go ahead with their policy-making, regardless of the adamant opposition the U.S. has on the legalization of drugs.  Many countries will start to move toward the legalization of drugs, desperately seeking a solution.  Unfortunately this doesn’t have a clear outcome, especially if there are opposing policy decisions between the U.S. and Latin America.  This can truly be disastrous.  Because this has become a global issue including poor government infrastructure, poverty, drug abuse, violence and so much more, there needs to be a lot of thought involved in this.  Perhaps beyond that, there needs to be action taken before this problem spreads even further.  Governments need to hear from their citizens, who will be directly affected by these policy decisions.  We need to voice our concerns and look for the best path given all these obstacles.  What do you think is the path we need to take?