Do you remember the first time you learned what the “American Dream” was? For me, it was in junior high, when I was taught why the colonists had come to America years ago.  I was also told that the American Dream connects to the Declaration of Independence, when Jefferson said that everyone was entitled to life, liberty, and the pursuit of happiness. I learned more about it when I read The Grapes of Wrath in high school, and realized why so many migrants were making their way to California during that time. Thoreau later wrote in his book, Walden, that “if one advances confidently in the direction of his dreams, and endeavors to live the life he has imagined, he will be met with a success unexpected in common hours.”

The American Dream has gradually, but significantly, changed over time. In fact, I think it is right to say that the “American Dream” does not actually have a defined meaning anymore. It is what you want it to be. It’s retiring rich and playing golf all day; it’s becoming a famous actress and walking the red carpet; it’s having a family and living in a big house with white picket fence surrounding the yard. Maybe it’s being able to donate a dollar to the needy every day, or having the opportunity to attend college. The American Dream has changed with time because we, as Americans, have changed as well.

Last Friday, Virginia’s governor, Bob McDonnell, stated in an interview that raising children in same-sex households would hold them back from achieving the “American Dream.” In other words, two women raising a 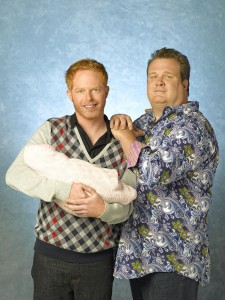 child would keep their son or daughter from becoming a doctor, writing a book, or just simply getting a job in general. Two men fathering their children would prevent the kids from becoming great athletes, traveling the world, or being elected as town mayor.

Obviously, this is not really the case. A child raised in a same-sex household will not be kept from achieving their dreams. Yes, their childhood might be different than yours or mine was, but why does that make it wrong? I grew up in a single-parent household; my best friend’s parents are still married. Our childhoods were drastically different, but nobody seems to notice that.

As Americans, we have chosen to hold on to some customs or traditions and to mold others over time as we see fit. It is now possible to be legally married by an Elvis lookalike at a drive-through chapel in Las Vegas, and yet we aren’t able to accept two women being civilly married in a church. People joke and shrug off the idea of married men spending their evenings at strip clubs while their wife and kids watch movies at home, and yet two regular, everyday guys might be refused the right to instill respectable morals into a child.

What I want to point out to people is that over time, things change. Appearances, personalities, relationships, or likes and dislikes never stay the same as the years pass. In most aspects, we take these changes as they come. We laugh about Vegas weddings; we see the divorce rate rising over 50% and shake our heads. And like all of these alterations in our lives and in our country, the American Dream has changed. Governor McDonnell was wrong to say that same-sex couples will not be able to raise a child capable of achieving this dream. So many people like him, though, are stuck on the same concept.

I think that if we all took a few minutes to reflect on our own lives and to analyze the kinds of things we have accepted over time, we would come to realize that some of those things might actually contradict what we thought we believed. And yet, these new parts or our lives or our new ideas are not necessarily wrong. Same-sex marriage and same-sex households might go against the grain for now, but why can’t these things, too, change with time? If everyone would focus on looking at the bigger picture, I think that we could come to the realization that traditions, customs, dreams, and desires are what individuals make of them. With that mindset at hand, progress is possible.