In today’s world exercise has become a daily routine for millions of people. Just about every town has at least one gym where herds of people flock in hopes to drop a waist size or two. We’ve all seen them, rooms that house a sea of stationary bikes, with 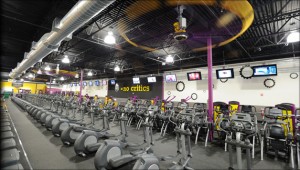 pounding music, rhythmic humming of the machines’ gears, fluorescent overhead lights, and the faint stench of sweat. On these bikes are people that look as if they just jumped into a swimming pool fully clothed as they burn away their unwanted calories.

Calories are simply a unit of energy. In order to “burn” a calorie, a person must engage in exothermic activity in which they release this energy from their body. Most of the time, this energy is released into the environment and not captured in any form. What if, however, we could capture this energy that we burn and turn it into electricity that can be used to help power everything from our lights to our refrigerators? Seems like something out of a sci-fi novel, right? However, the truth is that this technology already exists.

Imagine the well-known cartoon of the hamster running around in his wheel helping to power a city. Better yet, imagine the SportsCenter commercial of Lance Armstrong powering the ESPN office building by biking. This is of course a very exaggerated version of reality, but to an extent this idea is possible, and is even in use throughout the country.

Green Microgyms are gyms that utilize a specific type of stationary bike in order to harness the energy produced by the humans’ cycling. The energy is then used to power the rest of the building, helping to reduce the carbon footprint and save money on energy costs. Two types of stationary bikes are capable of this feat. The first, and more popular bike, is the PlugOut Cycle. This bike allows for the energy created from the 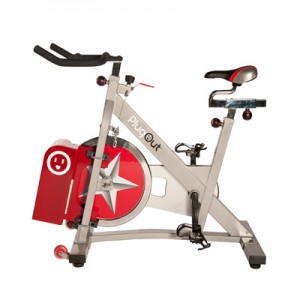 Unfortunately, this technology is not very popular, and to most people unheard of. Only 80 gyms in North America utilize these revolutionary bikes. Why not create government programs, which encourage the purchase and use of such machines? This country is constantly trying to promote green technology and the reduction of energy usage. Look at New York’s Energy Efficiency Portfolio Standard (EEPS). An initiative to reduce New York’s forecasted electricity usage levels by 15% by 2015. The EEPS calls for utilities to establish energy efficiency programs. Some of these programs even give customers cash incentives to recycle their outdated and inefficient refrigerators. I believe the same approach should be taken for exercise equipment. Government promotion of bikes that harness human energy can help replace existing bikes.

The most popular Green Microgym is in Portland, Oregon, and is the originator of the name “Green Microgym.” This gym produces 36% of its own electricity through the use of their PlugOut bikes. The government should encourage utilities to provide gyms with incentives – similar to the programs for old refrigerators – to follow the Green Microgym’s model. A 36% reduction in electricity needs is massive.

I also believe that, in this case, consumers have all the power. If gym-goers are made aware of these new Green Microgyms then they might choose to switch from their old gym in favor of a Green Microgym. The more success these gyms see, the more their model will be imitated. Therefore, I am a strong supporter of publicizing Green Microgyms and encouraging existing gyms to substitute their equipment for stationary bikes that harness human energy.

I think steps need to be taken, beyond government incentives, in order to make the general public more aware of this technology. Why would anyone choose to use a standard stationary bicycle rather than one that can help generate electricity? I think that if more of these revolutionary gyms existed and people were given the option to belong to a standard gym or a Green Microgym, the overwhelming majority would choose the latter.

I believe that pressure should be exerted on large gym franchises to switch to electricity generating equipment. The pressure in my mind needs to come from the consumers. If consumers are made aware of this technology and are told to ask their current gyms to begin to transition into these energy-producing bikes, then maybe we will start to see a change. However, the strongest pressure comes from competition, and until we start to see more gyms utilizing this technology, I believe large gym franchises will be reluctant to change equipment because of the costs associated. However, in this case knowledge is key. If the costs of changing equipment are offset by the energy saved – and gyms are made aware of this – then large gym franchises might be more willing to switch.

The potential for Green Microgyms is enormous. A three-pronged approach should be taken. First, the government should provide incentives to switch to energy-producing bikes in order to help meet energy efficiency goals. Second, large gym franchises should be made aware of the benefits of this new technology and the potential money they can save from reduced electricity costs. Finally, consumers should exert pressure on gyms to switch to this new technology. This pressure can come from either voicing their preference for these new bikes or by joining gyms that use energy-generating bikes. Hopefully, this cool, new technology will gain popularity and help to make a dent in our society’s carbon footprint.