Though most of us would like to be part of a utopia, unfortunate circumstances often fall beyond the grasp of our control. Regardless of how much we manage to improve the world, trauma is an inherent part of life. After all, the probability of us completely eliminating the prevalence of rape, murder, war, tragedy, and natural disasters is next to nil. Victims of such trauma are often burdened with Post-traumatic stress disorder (PTSD).

PTSD can cause victims to have flashbacks to moments of trauma, insomnia, and bouts of anger. Up until now, most treatment for PTSD has been relegated to psychotherapy. However, recent pharmacological developments have given clinicians another potential way to treat patients.

University of Montreal researchers at the Centre for Studies on Human Stress of Louis-H. Lafontaine Hospital recently found that Metyrapone, a drug that has been used to diagnose adrenal insufficiency and treat Cushing’s syndrome, can also be used to impair the retrieval of negative emotional memories. The drug decreases the amount of 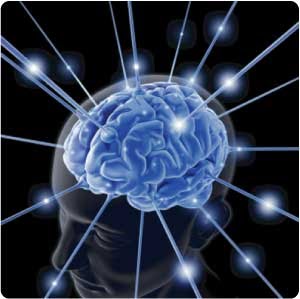 cortisol (a stress hormone involved in memory recall). Under the influence of the drug, people are unable to recall traumatic memories, whereas neutral and positive memories are unharmed.

This research clearly has implications on the treatment of PTSD. As lead researcher Marie-France Marin stated, “[their] findings may help people deal with traumatic events by offering them the opportunity to ‘write-over’ the emotional part of their memories during therapy.”

But, though I acknowledge the struggle patients with PTSD often face, I question whether eliminating part of their past is the best solution to their problem. Thus far, one of the biggest differences between humans’ memories and hard drives is that we cannot completely control the inputs and memory of a human. We have not been able to merely discard disagreeable memories or experiences. As terrible as they may have been, these memories and experiences often help make us who we are.

When Mohandas Gandhi was a young lawyer in South Africa, he once boarded the first class car of a train. Although he had a ticket for this seat, the train had a policy that non-Whites were not allowed in this car. A policeman ordered him to go to a third class car. Furious at the unjustness of this law, Gandhi refused to move. He was eventually beaten and thrown off the train. Gandhi went on to dedicate his career and life to fighting injustice, eventually helping “combat poverty, expanding women’s rights, ending untouchability, increasing [India’s] economic self-reliance, and achieving the independence of India from foreign domination.”

I do not know for sure if Gandhi’s experience on the train in South Africa directly inspired him to cultivate so much change in the world. But I do know that many good people, Gandhi included, have become stronger as a result of previous hardships. It is dangerous to set a precedent suggesting that it is acceptable to forget the past. As many novelists and filmmakers have portrayed in their work, people can achieve dystopia when in search of utopia. I think it is noble that researchers want to protect people from their pasts. But I wonder if the cost of this protection is too high.