Osama bin Laden is dead. The news spread like wildfire as it was being released, 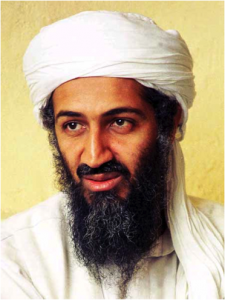 consuming the feeds of social networking sites, forums and blogs. The reaction in New York City was particularly robust, with people crowding around Ground Zero and chanting “USA! USA!” Many expressed a deep sense of satisfaction at his death, thankful that bin Laden had finally gotten what they believe he deserved.

It’s an event like this when the American spirit is really put to the test. Our reaction to this death will characterize our national attitude for years to come. Will we allow this celebrated news to pull us into the mire of xenophobia and ignorance or will we use it as a springboard towards positive global outcomes? As we consider these options, a few facts about bin Laden’s influence must be kept in mind.

Some would argue that his death means little. Bin Laden held diminishing sway over al-Qaeda and consequently his death will do little to deter future attacks, or so goes the argument. There is some evidence to support the claim that not all branches of al-Qaeda were dependent on bin Laden. Some branches carried out operations that contradicted with the orders of bin Laden and his deputy, Ayman al-Zawahiri. One such example was al-Qaeda in Iraq, led by the infamous al-Zarqawi. Going against the orders of bin Laden, Zarqawi unleashed attacks against Iraqi Shiites. The backlash of these attacks led to the destruction of al-Qaeda in Iraq, which deteriorated into a criminal organization hardly capable of any grand jihadist objective.

Yet disobedient and ineffective branches do not adequately display a lack of overall influence from bin Laden. Some branches that operate with autonomy are still heavily influenced by bin Laden. His fugitive state forced al-Qaeda to rethink its strategy, turning into an organization that could survive well beyond the removal of any single leader. Splinter organizations have continued to develop with relative independence in Yemen, Somalia, Indonesia and the Netherlands. The most active branch is al-Qaeda in the Arabian Peninsula, which is believed to have influenced Umar Abdulmutallab, the man who attempted to blow up a passenger plane on Christmas, 2009.  Al-Qaeda in the Islamic Maghreb, which operates in North Africa, is another example of a terrorist organization that follows independent management while preserving an ideological connection to bin Laden and al-Zawahiri.

This is all to suggest that bin Laden’s influence after the 9/11 attacks was critical to al-Qaeda as we now know it. The decade plus spent trying to capture bin Laden helped al-Qaeda develop into a far more dangerous adversary, one that recognized the dangers of putting all its eggs into one elusive, bearded basket. This indirect influence is more than symbolic, as some have argued. It demonstrates that his death does indeed mean something. Members of these branches now understand that with enough time, even the most cautious of operatives can be killed.

Commentators are right to point out that, to many people not affected by 9/11 nor aligned with bin Laden, his death has little chance of creating lasting impact. Yet for many Americans, May 1st 2011 will go down in the history books as a day to be remembered, a day where the US triumphed over terrorism. Unkempt celebration is not without its perils, especially when dealing with an enemy that requires no excuse to unleash follow-up attacks. We need to work to prevent a backlash from supporters of bin Laden, which could potentially destroy any chance of using this event for stabilization. Now, more than ever, Americans need to understand the facts relating to bin Laden and al-Qaeda. An informed public could go a long way in keeping the celebrations in check and developing reasonable expectations for what is to come.