Celebrating Earth Day and A Billion Acts of Green

We’ve all heard the phrase: Every 45 seconds, a child dies from malaria.  Malaria is caused by Plasmodium parasites transmitted by mosquitos. Statistics also 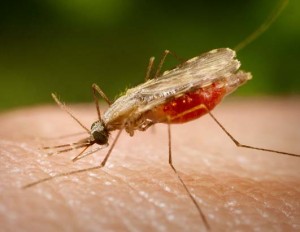 show that the number of deaths resulting from this disease has been reduced over the last couple of years. Unfortunately, these statistics serve to remind us that people are still dying from malaria, a disease which we can eradicate.

I have often found commendable the world wide efforts that have been, and continue to be, put into fighting malaria. Especially, since Malaria is a disease that often only affects specific countries. Today is World Malaria Day and in that spirit I decided to look up a few programs and some great initiatives that are helping to save lives by preventing the spread of malaria worldwide.

One such program is the United Nations Foundation’s Nothing But Nets campaign. Nothing But Nets provides life-saving bed nets to families in Liberia. It was created in 2006, raising more than $35 million to send bed nets and save children’s lives.

Another great initiative is the Roll Back Malaria partnership (RBM). RBM is a global framework to implement coordinated action against malaria. Essentially, what RBM does is to harmonize action and mobilize resources to fight malaria in affected countries.

Arguably one of the most popular campaigns against malaria in Africa, is the United Against Malaria campaign. It was launched in 2009 and is famous because it leveraged the popularity of soccer and the public’s anticipation of the 2010 World Cup in South Africa.

It’s not just about organizations and huge campaigns, individuals such as Dikembe Mutombo (NBA and Congolese Basketball star), celebrities such as Mandy Moore, corporations such as Pfizer, Novartis, and Exxon Mobil, have all shown great commitment to providing malaria prevention and treatment to those in various countries.

There is a compelling need for concerted efforts by all to eradicate or drastically reduce the menaces of malaria around the world. The efforts of these organizations are commendable and what better day to applaud them than on the World Malaria Day.

Do you know other organizations that are helping to fight against malaria?