Japan’s Punishment: Can we really be this ignorant?

Over the past couple of years, developing countries have been trying to repay billions of dollars in loans. Many of these loans had been accumulated under corrupt Cold War regimes, and have now become a serious obstacle to overcoming poverty and acting as 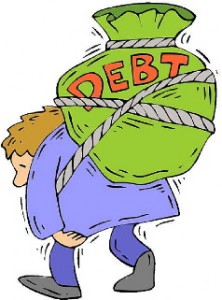 a hindrance to economic development. Governments of developing countries have been taking new loans to pay out the old ones, with the end result being that many countries are paying more out towards servicing debt repayments than on health and education combined. Although many wealthy countries have relieved countless debt burdens and international institutions have also taken action, the challenge of debt cancellation and debt burdens remain a problem for two main reasons.

Firstly, because many poor countries had done a relatively good job in managing their debt, they were excluded from the first round of debt cancellation. As a result, today these countries still spend a significant portion of their resources paying off this debt. In 2006, for example, “Lesotho paid $47 million to its creditors, an amount equivalent to two-thirds of its annual development assistance inflows.”

Secondly, a large number of countries that benefited form the original rounds of debt cancellation are now slowly accumulating new debt. One reason for this is that many countries are facing shortfalls of promised development assistance. Additionally, an increasing percentage of the aid is being given as loans now instead of grants.

How do we solve these debt problems? Please comment with your own creative ideas for ways you believe this vicious cycle can be stopped in the comments. Check back later this week when I continue this conversation by providing some of my ideas for solutions in another post.