Play Well With Others -10 Commandments for Social Entrepreneurship

“Create dangerously, for people who read dangerously. That is what I’ve always thought it meant to be a writer. Writing, knowing in part that no matter how trivial your words may seem, someday, somewhere, someone may risk his or her life to read them.”

These words are so powerful. I have been a huge fan of Edwidge Danticant since randomly finding her book Breath, Eyes, Memory several years ago. When reading Danticant’s recent work, Create Dangerously: The Immigrant Artist at Work, she provided me with a new perspective on the power of creative works in the mix of horror, poverty, tyranny, persecution and despair. This book provided several examples of how art and creative outlets can often serve as the only method of escape or release during times of trial.

Using historic events and the recent earthquake in Haiti as a backdrop, she weaves the personal stories of Haitians, Haitian immigrants and artists along with her own personal account, into a reflective gaze on Haiti. Given the recent return of “Baby Doc” Duvalier to Haiti, many of the tales from his father’s leadership are timely and the work provides an overall glimpse into the many forces that shaped the current situations of this country. With the recent one-year anniversary of the massive earthquake, the book also provides another glimpse into the stories and lives impacted on that day. Highlighting in each chapter the work of immigrant Haitian artists, including Danticant, the reader is left with a stronger belief in the role of art to inform, provide a voice, and to capture life’s greatest and worst moments.

The immigrant artist shares with all other artists the desire to interpret and possibly remake his or her own world…People are buried under rubble somewhere. Mass graves are being dug somewhere. Survivors are living in makeshift tent cities and refugee camps somewhere, shielding their heads from the rain, closing their eyes, covering their ears, to shut out the sounds of military “aid” helicopters. And still, many are reading and writing, quietly, quietly. ~Excerpt from Create Dangerously: The Immigrant Artist at Work

Though titled the Immigrant Artist at Work, this book rings true to me for any artist that connects awareness building with storytelling. It is also an example of the many ways that artists use their talent as an authentic representation of their culture or personal experience. While reading her story, I thought of other artists who use their talent in this way including the work of my close friend 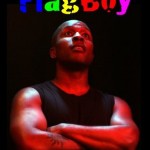 Cornelius Jones Jr. Though not an immigrant, his writing and plays are as she states, “ a revolt against silence.” He takes on taboo issues that are often never discussed (Homosexuality, Love, Black Gay Affection and Life with a Positive HIV Status) and brings them into the light. Creating a safe place and new perspective for people to see the issues impacting our society. For young people questioning their sexuality and their friends and family, his one-man show Flagboy, provides a conversation starter on the trials and tribulations of coming of age. It is a great platform to support the work of those looking for creative ways to address bullying and LGBT youth. Though often his own personal story, the visual connection to him during a performance allows the audience to better understand what life might be like in his shoes. This task would be nearly impossible in just a conversation, research report, or other works outside a creative form. Like he states, “Medicine is not the only way to find a cure to HIV/AIDS, just as important is finding a method to erase the stigma and save lives.” By using his artistic power, he opens the door for conversation, empathy and love.

For many, the arts might be perceived as fluff to the hard work occurring on issues around the globe. But through reading Danticant’s work one can begin to understand the importance of adding the unique perspective that art brings to some of the world’s greatest challenges. I loved this book so much that this small post does not do it justice, so stay tuned for further discussion.