There are moments which redefine you. Ones that give you a whole new perspective on yourself, your identity, and the world you live in. Such moments force you to reevaluate your values, your beliefs, and everything you have always taken for granted about your life. Last March, one of those moments happened to me. This is about the time I learned about what it means to be one of the lucky ones. This is about when I realized what it means to be one of the housed.

It happened the first time I slept overnight at the airport. My friends and I had just spent the weekend in Prague, and were about to fly home to where we were living in Milan, Italy for the semester. We decided to stay overnight at the airport because our flight left at 6:55 a.m. the next morning, long before public transportation was up and running in the city of Prague. So around 11 p.m. the night before, we packed up our bags, left the hostel, and headed for Prague Ruzyne Airport. Once we arrived in the main concourse, we found some free seats, threw down our backpacks, and prepared ourselves for the inevitable eight hour wait until boarding time. 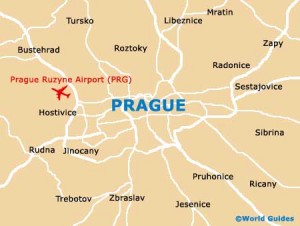 As expected, boredom greeted me quickly, as the minutes initially seemed to creep by. However, my attention began to shift as airport security started doing rounds around 1 a.m. As I watched in disbelief, security began to kick out everyone who was sleeping near us. They would shake the men, awaken them from their slumber, and point them towards the door. One by one, every single person laying in our area was woken up and directed outside. I sat there confused, struggling to figure out what was going on. I quickly glanced at my friend who was also asleep on the benches, wondering if I should wake her before the security got to her too. What were they going to do to her? Would they wake her too? Fear began to build as security slowly approached. I watched – fixated at the scene which was unfolding right in front of my eyes. My panic subsided as they passed by, without a single glance towards my sleeping friend. What was going on?

In total, airport security ended up clearing out around ten to fifteen men from our area. In each case, security would wake the sleeping men, some words would be exchanged, and then the men would collect their jacket, and maybe a few belongings before heading out the door.  Security hung around our area for about an hour or so after their first walk through, just chatting and passing the time. Eventually though, they headed back to the other side of the main concourse. Less than a minute after security’s departure, three of the men came back through the doors and laid down. Once security returned, they kicked out all the men once again.

The game went on, all night long. The next time, six men returned, then ten the next. Each trodding back in one by one, within mere seconds of security vacating the area. They each seemed to have their own spot, which they claimed time after time. Did they know each other? Did they do this every night? How many nights did this same game go on? It slowly dawned on me that this probably happened every night, at least during the coldest months of winter. The routine simply seemed too comfortable, the timing too perfect.

The men were neither violent nor belligerent each time they were spoken to by security. They would simply gather their belongings and head out the door. Once security was gone, they would head back in from the cold and lay back down. All they wanted was somewhere to sleep, a warm place to sleep. It was no more than twenty degrees outside on that cold, winter night in Prague. Who wouldn’t want to sleep inside?

It was also clear that security did not enjoy kicking the men out time after time. They would often leave the area for long periods of time, giving them an hour here, and hour there to sleep. They must have known what was going on. The game seemed so regular, so rehearsed.

What worried me more than anything else was the universality of it all. Even in this seemingly magical place, in the beautiful city of Prague, homelessness existed. It wasn’t just something that happened in the streets of New York City, Los Angeles, or Washington D.C. It also happened halfway across the world. And this was one place where I couldn’t just tune it out or simply walk on past. The game went on hour after hour, just a few feet away from me.

Looking back, that night was probably the worst night of sleep that I’ve gotten in a long time.

The scary thing? That might have been their best.