There is no doubt that that the mass shooting  in Newtown, Conn., has heightened the political debate on gun control in the United States. The Obama-backed gun bills are considered a long shot in Congress. This is due to the opposing views on gun control in congress. One group in Congress is standing behind the National Rifle Association, who believes that arming citizens is the answer. While, gun control advocates are pressing for tighter 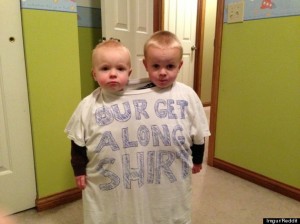 Do we need a Get Along Shirt to move the conversation on gun violence?

I agree with the gun-control advocates there should be tighter restrictions not only on gun control  but ammunitions as well. It worries me that the horrific tragedy of Newtown may soon fade from our thoughts without any changes on the issue of gun control. There has to be a way for America to prevent not just what happened in Newtown, but stop all the senseless, random murders. I think one way to begin change, is to reframe the conversation on gun control and create a cultural shift on the issue.

The current language of “gun control” alienates gun owners. Gun owners feel their  Second Amendment rights are being attacked, so they push back. What if gun advocates reframe their language to be “gun safety and working together to save lives.” Wouldn’t this be more appealing to both gun owners and non gun owners? I think reframing the issue from gun control to saving lives, shifts the conversation. The NRA, responsible gun owners, and gun control advocates want to save lives. If this is their common end goal, why not work together?

The implementation of new gun laws, does not guarantee that gun owners will keep their guns under lock and key, 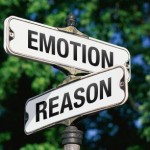 For instance, Mothers Against Drunk Driving (MADD), through aggressive lobbying and campaigning created a cultural shift on responsible drinking. Behavior that was once acceptable became unacceptable, by encouraging people to participate in safe drinking campaigns. MADD stimulated change with the help of outside groups, ad campaigns and participation in safe drinking campaigns. They were able to bring about a cultural change on the responsibility of drunk driving. No, drunk driving has not been completely eradicated. However, the awareness of driving drunk is now embedded in people’s consciousness. This awareness has incited proactive action in others to prevent friends, family, and even strangers from driving drunk. It is now common for advertising campaigns featuring alcoholic beverages to feature additional information and symbols for safe driving.

These groups working together would demonstrate that changing gun behavior is possible without polarization. They can devise a brand around gun safety, capturing the common voice of the everyone’s desire to “save lives”. Advertisement campaigns can be created that are vividly illustrative and signify the importance, of gun safety and 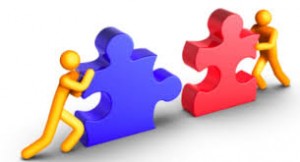 saving lives. The brand and the ad campaigns should be inclusive and welcoming of all the groups involved. They should especially appeal to the general public’s sense of personal responsibility, public safety, and social responsibility. The catch phrases for a gun safety brand and campaign should be memorable and annoyingly hard to shake. But, at the same time depict images that are extremely creative and inspiring. They can take a page from Anti-smoking ads that are graphic and leave a lasting imprint in ones brain.

These campaigns should be on television, social media, and billboards.  The idea of these groups working together to campaign for gun safety may seem absurd.  But, ask yourself why not? Is it better to hold placards and yell at each other or toy with each other in congress? Responsible gun owners, individuals living in a house with a gun, members of the National Rifle Association and non gun owners should not be afraid of stricter laws, and creating a cultural shift on gun safety.