For the last two weeks the United Nations held the 56th Commission on the Status of Women (CSW). The CSW is the principal global policy-making body dedicated exclusively to women’s rights and gender equality. This commission meets annually for 10 working days. The principal outcomes of the commission are the agreed conclusion between member (45 countries with equal representation of each region of the world) states on a specific priority theme. The conclusion contains a list of best practices and recommendations for governments to 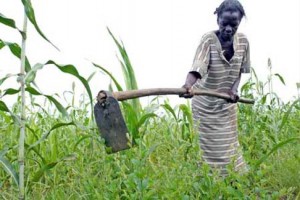 promote women and gender equality. It also encourages private sector and civil society to act at a local, national and global level.

This year, the focus theme has been the empowerment of rural women. As a student interested in rural development, I was happy to hear  the focus theme for the CSW. However, I wondered why, in a world were 50% of the population now lives in cities (and the fraction or urban population is expected to continue growing), it is still important to consider rural women as a priority.

On the one hand, it seems natural to focus on rural women because the agricultural sector is major industry in many parts of the world, particularly in Sub-Saharan Africa and Southern Asia (in Sub-Saharan Africa it’s still around 60% for both men and women, in Southern Asia women’s participation in the agricultural sector is 60%). One the other hand, the female share of the agricultural labor force keeps increasing, due to the increase of men’s migrations to the urban areas. Even though half of our population keeps increasing, rural women are still major actors of our global economy.

Rural women have an economic and social potential that is often underestimated by the public and private sector. In the path towards sustainability, rural women have an important role to play. Particularly, empowering rural women creates the possibility of increasing food security and reducing poverty. However, it seems to me that this will not be an easy task. Education is the first difficulty to overcome. Empowering women must come from the grassroots level. Women must be aware of the inequalities they are living and they should be the ones to demand more rights. In my experience, often times rural women are not aware of the important role they play in society: increasing their awareness in an essential step to their empowerment.

Besides education (a requisite for women to be aware of their potential), in the rural areas women need more power in the decision-making processes. The gender gap in the rural areas is very important. In most countries, the share male vs. female of land titles is not equal. For example, although more women work the land in Sub-Saharan Africa, men own 80% of the land. This is partly due because many societies, laws and traditions bar the access of women from owning of inheriting the land (and overcoming this obstacle will require education). Women not having property rights is not only unfair; it is also economically unsustainable. They are the major workers of a plot of land, they are the ones that know how to maximize productivity and thus they know how to manage it better. Additionally, I am persuaded that in many indigenous populations the knowledge on agriculture and natural cycles is transferred between women, from generation to generation. In these cases, since women have special knowledge about their land, it is even more important that they become part of the decision-making processes (such as what to produce and when).

I think that empowering rural women will be an essential as well as necessary step towards sustainable development. To do this, we have to decrease the gender gap that exists in the areas that I mentioned above. Food security and poverty alleviation is a priority for governments and international organizations. It is time to realize that rural development, and in specific rural women’s empowerment, is a necessity in order to acheive the health or our society. The fact that the CSW focused on Rural Women is a benefit, but the discussion must lead to an implementation of the solutions.