Today, March 8th, is International Women’s Day, and in honor of this event the Woodrow Wilson International Center for Scholars released a special report on how women have fared in the Arab Spring.  They asked a 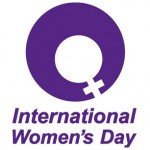 variety of women to comment on the events, and a surprising number of them were not very positive.  Women played an essential role in the uprisings, but in many cases have been marginalized during the transitions.  This doesn’t mean that women have suffered during the transitions, but simply that it has been a process: progress has been made, but there is still a lot to be done.

Women were on the front lines during the revolutions, and there was no gender segregation among the demonstrators—men and women marched side by side, calling for change.  But as the transitions have progressed many women have found themselves pushed aside: only 9 women, for example, were elected to the new Egyptian parliament, and none in Kuwait.  This makes this region the only one in the world without a parliament that is at least 30% women.  Worse still, on the 2011 International Women’s Day female demonstrators were kicked out of the famous Tahrir Square in Egypt, where they went to protest the continued marginalization of women; they were beaten, subjected to virginity tests, and in some cases stripped by the military and men who had gathered to watch.

Many of the women interviewed for this project blamed the rise of traditional and religious-based politics for their current woes.  The resurgence of traditional Islamist groups and values has denied women their rights, says one of the women, while another argues that women’s role in public life has gone from marginalization during the old, repressive regimes, to rejection during the new, Islamist regimes. Despite all this, however, many of the 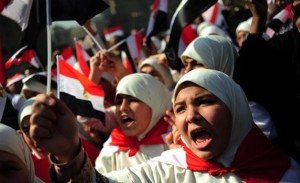 other women, particularly those from the Maghreb region, were optimistic for the future.  A Tunisian politician, for example, points out that Tunisia was the first in the region to accept the Convention on the Elimination of All Forms of Discrimination against Women.

All of the women, however, seem to agree that it is too early to say how these uprisings will affect women’s rights, or even how they will affect the region as a whole; as one of the contributors wrote: “only when women achieve their rights can we say that the ‘Arab Spring’ has commenced.”  Women did, after all, play a major role in the protests, and so could continue to protest if they feel that their needs are not being met and they are being discriminated against or marginalized.  As the International Women’s Day protests last year showed, however, those protests may fall on deaf—and hostile—ears.  Still, the influence of grassroots activism will likely continue to empower people, and the excitement that surrounded the Arab Spring movements could also encourage women to continue the revolution.

I have attached a video below, an interview with Zainab Al-Suwaij of the American Islamic Congress and May Kosba of the National Conference on Citizenship, and I encourage you to watch it and consider what they have to say about the struggles Arab women continue to face.  I also encourage you to read at least some of the Wilson Center report—you don’t need to look through the whole thing, but at least read some of the comments in the spirit of International Women’s Day!  And then let me know what you think in the comments box.  Is there one statement in particular that you feel really resonates?