If I asked someone “who was a victim of slavery in the 1800s?” and “who suffered at the hands of the Nazi’s during the Holocaust?” the most likely answers would be African-Americans and members of the Jewish community, respectively. What most people do not know is that there is a group who lived through both of these troubling episodes during the history of mankind. That group is the Romani.

The Romani people, commonly known as Gypsies, are a group of men, women and children bound by an ethnic bond; a shared belief system, shared language and culture. 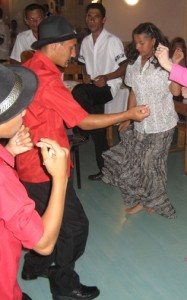 They are nomadic and are scattered throughout the world; however, the largest concentrations of Romani are in Europe.

What is interesting about the Romani is that throughout history there have been movements to grant different vulnerable and exploited populations their inalienable rights.  These include the women’s and civil rights movements. However, the Romani have been persecuted and continue to be so despite the hundreds of years of recorded existence.

History books show that the enslavement of gypsies lasted from the 13th to 19th centuries predominantly in Eastern Europe and the Anatolian peninsula (modern day Turkey). Even after the abolishment of slavery, they were not allowed to migrate. Countries throughout the world, including the United States, forbade their migration inside their borders.

The persecution of the Romani reached a peak during World War II when they were persecuted by the Nazis.  During this period, their citizenship was taken away, they were subjected to violence, forced imprisonment in concentration camps and later murdered.

And while these incidents happened decades ago, the discrimination still occurs today.

Romani are consistently cast out and denied opportunities that others in the country where they have settled are given. Ethnic prejudice and discrimination are prevalent issues among the Romani populations. It is difficult for them to obtain work. This then forces them to live in areas that are undesirable and less likely to be occupied by mainstream society.

Many times this means living in a place without clean water, set apart from schools for the children and making them more prone to diseases. 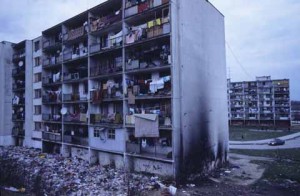 Diarrhea and dysentery are very common among Romani children. In Bulgaria where a sizeable number of Romani live, it is estimated that infant mortality among gypsy children to be six times higher than in the rest of the population.

So why does the discrimination continue? Often, the gypsy people are viewed differently due to their habits and lifestyles, including some practices such as child marriage, and cultural beliefs surrounding purity and death. Also, their traditions have not allowed them to seamlessly integrate into the society where they reside. This usually lead to them being shunned by the majority.

Even across the ocean, in the United States, Romani are misunderstood.  Con artists and fortune-tellers have been all coined gypsies because of their nomadic lifestyle. They are lumped along with this ethnic minority despite no other shared bond. Additionally, a common derogatory phrase in the U.S. is to “be gypped,” as in “I was gypped.”  In today’s culture it means that someone was robbed or taken advantage of by another.  I was not aware of the origin of the term and was very surprised to see it was taken from the word “gypsy.”

The lack of awareness of the Romani is vast.  The discrimination and prejudice is prevalent and because of their nomadic lifestyle they are living in communities throughout the world.  Because of their relatively small number, 2 to 12 million around the world, their needs as an ethnicity have been disregarded.  However, their place in history is marked by hundreds of years of maltreatment at the hands of many. Can’t this generation be the one to put a stop to it?

Much must be done. To begin, laws need to be passed affording protections to Romani, awareness and cultural sensitivity needs to be raised amongst the majority and public institutions providing services , and an overall anti-immigrant sentiment needs to be addressed.  We can’t erase history, but we can learn from it and try to prevent the reoccurrence of troubling events. What do you think? How can we begin to address the plight of the Romani? What would you do?