In my last post, I spoke about how developing nations face two main obstacles in their path to economic and social development. Corruption in government and constant conflicts often plague developing nations and inhibit their ability to break the shackles of poverty.

I believe that the countries that have the best chance of winning the battle against conflicts and poverty are the ones that possess a strong and responsible government. Peaceful countries that are accountable to their citizens have the highest probability of actually ending any form of poverty their country faces. Regimes that are moving towards peacefully leading their nations need to concentrate on an important aspect of governance – transparency. Transparency in the government brings two advantages. It makes the 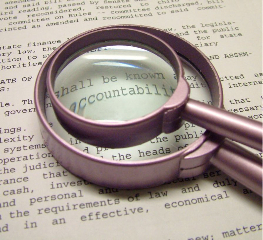 government accountable to its citizens and gains its citizens’ confidence. All governments need to make sure that scarce resources are spent well and investments are made in the poorest of people.

The responsibility and the greatest ability to improve governance and security in countries lies with the country’s own leaders, media and civil society. Nevertheless the role of donor countries, private companies and other development partners should not be overlooked. To help promote good governance, donor countries and recipients should first thoroughly report all development assistance that is given and to which industry it is allocated.

There is no way I can tackle an important issue like government and security in just a couple of paragraphs. But the point I am trying to make, is that a transparent government and responsible donor countries can win half the battle. Having a corrupt-free government ensures that billions of dollars in aid are allocated appropriately, the first step towards solving a country’s poverty and conflict problem. Pointing fingers at the opposition, or the United Nations, or any foreign body is not the correct path. For a sustainable impact, a government needs to resolve internal issues.