Development in African countries faces a serious barrier. Over the past two decades, democratization has swept across Africa, reaching countries like Egypt, Tunisia and now Libya. But while the international community rejoices, what they need to understand is that democratization is just the first step. The eradication of poverty is not that simple.

Experts estimate that African nations lose approximately 148 billion dollars to corruption, which amounts to around one quarter of GDP. With alarming rates of corruption in sub-Saharan countries, it comes as no surprise that there is still such wide spread poverty in spite of economic assistance from developed nations like the United States and the countries of the European Union. Corruption has been entrenched for years on end, often through systems of patronage and nepotism. This corruption tarnishes peoples’ images of their governments, and even democracy. The value of stolen assets held by banks in developed countries is estimated at $20 billion to $40 billion per year – a figure equivalent to 20-40% of flows of development assistance.

But the above is only faults in government. Conflict is another major deterrent to 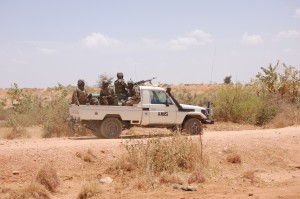 economic development on the African continent. In 2006 alone, almost half of the world’s high intensity conflicts were in sub-Saharan Africa. The cost of armed conflict in 23 sub-Saharan African countries between 1990 and 2005 has been placed at $284 billion. This is an average of $18 billion per year and represents an average annual loss of 15% of GDP. To put things into perspective the above figures represent one-and-a-half times the average African countries’ spending on health and education combined. All this money used in conflicts could have been redirected towards spending in the social sector, but instead is used as military spending.

Now there may be hundreds of other reasons that are proving to be obstacles in development on the African continent, but government and security alone occupy a large chunk of it. You can see this trend not only in African countries, but in other conflict-affected countries all over the world. Next week, I will be providing the next step that needs to be taken and offer potential solutions to these problems. Give me your opinions in the comment box below.