What the Anti-Smoking Campaign Got Right

If there’s one thing that the United States has gotten right, it’s smoking. Or the lack of smoking, to be more exact. I first realized this while studying abroad in Italy last semester. While I was in Italy, I was shocked by the amount of people who smoked, and by how often they smoked. People smoked on the street, in between classes, and even at sporting events. My clothes constantly reeked of cigarette smoke. It wasn’t just Italy, though. Almost every country I traveled to in Europe was the exact same way. I had never realized that smoking was such a popular habit worldwide until that moment. Why was there such a cultural divide? 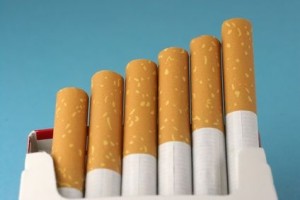 According to the World Health Organization, about 48% of people ages fifteen years or older smoke daily in Greece. Austria is approximately 40%. And Spain, the United Kingdom, France, and Germany follow at 26-30% daily. While the numbers may sound high, such statistics are consistent across Europe. The thing is that in Europe, smoking generally is socially accepted. It’s a cultural norm. On the contrary, the number of American adults who smoke is now at 18%, dropping below 20% for the first time in 2007. Why the cultural divide? Credit the strong anti-tobacco campaigns, which forever changed the social stigma of smoking in the United States. 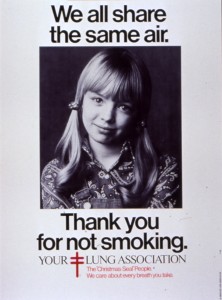 Anti-tobacco ads began in the late 1960s, shortly following the Surgeon General’s first report linking smoking to cancer. The Federal Communications Commission allowed the ads to due to the Fairness Doctrine, which required public service messages to be run which showed a different perspective from the advertising run by tobacco companies. However, in 1971, cigarette advertising was banned, consequently ending the ads run in accordance with the Fairness Doctrine. From this point on, efforts were continued on at the state level instead. That finally changed this spring, when the Centers for Disease Control revealed a $54 million nationwide campaign, which demonstrates the graphic consequences of smoking.

The anti-tobacco campaigns have succeeded where many other nationwide campaigns have failed- they didn’t just send a message, they changed our ways of thinking. Research shows that the campaigns didn’t necessarily convince individuals to quit smoking for medical reasons. Rather, the message was to quit smoking because everyone else thought it was bad. Turns out peer pressure doesn’t end in middle school. The success of the anti-smoking campaign came in how well it was able to change social norms.

What else has changed in the last half century? Smoking has declined by half in the United States. Smoking is no longer in the mainstream. It’s framed as something for the misfits. Essentially, it’s become deviant behavior.

Social stigma is a strong thing. Strong enough to change attitudes, transform beliefs, and therefore affect one’s actions. The beauty in the anti-tobacco campaign came in its ability to change the social stigma surrounding smoking in the nation. Why not try similar campaigns to transform other pressing social problems? Why not stigmatize other preventable issues, like distracted driving? Laws clearly don’t work. (Even though recent data shows that 1 in every 10 traffic fatalities is now caused by distracted driving.) Stigmatize distracted driving the same way that Mothers Against Drunk Driving stigmatized driving under the influence. Make it personal, and make it clear that people do care.

While stigma often has negative connotations, it’s also the best way to ignite change in a society. What ultimately prevented individuals from smoking was not the cigarettes’ dangerous effects. It’s that they thought their friends, their family, and the general American public would be disappointed, or even disgusted, in them. In the end, it came down to social stigma. It’s one powerful motivator.