Take a close look at the following numbers:

What do all of these statistics have in common? They’re all committed by men.

For too long, we’ve examined ways to make our streets, our schools, and our homes safer. We’ve increased our vigilance, cracking down on violent crimes within our society. However, too often we look at the solutions, instead of looking directly at the cause of the problem. We try to fix the system rather than simply realizing that maybe there’s another way to examine the issue. Maybe there’s an underlying cause, an invisible influence. Why not examine why there is such a close connection between masculinity and violence in the first place? 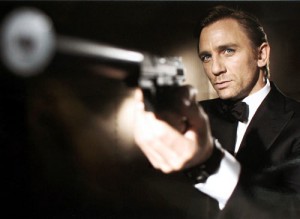 In our society, the inevitable truth is that to be a “real man” is to fit a certain mold. From a young age, boys are taught that to be a  “real man” means to be strong and brave, and always independent. He is never to let anyone get in his way. And he certainly never lets anyone tell him what to do. However, should these really be the only characteristics that define masculinity? Why the need to show only certain features, while hiding the rest?

Educator Jackson Katz calls this ongoing performance “the tough guise”. “The tough guise” is a projection, or front, that is put on daily by both boys and men to show only the aspects of their personality that dominant culture deems as acceptable. The parts that are hidden are those which deviate from mainstream culture, and often bring on an onslaught of insults such as sissy and wuss. The reason that many people never seem to question this “tough guise” is because it has become seemingly invisible within our society. It is so ingrained in our culture, that we never even take the time to question it. 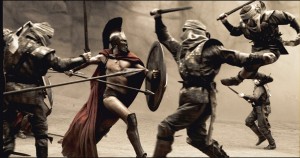 Where do such ideas of dominant and violent masculinity come from in the first place? In many cases, the media. The link between violence and men can be found all over the media. There are slasher films. Action thrillers. Car chases, fight scenes, and the occasional James Bond movie. Hollywood hits with the ever-present Superhero. In many cases, the violent men are admired, even looked up to as heroes. Aren’t men supposed to be strong, controlling, and intimidating, all pillars of masculinity? Even advertising and commercials are full of glamorized notions of violent masculinity. In our society, violence has become something that is not only acceptable, but admired. It’s the way that boys turn into men.

So where do we go from here? I believe that there are two important steps that need to be taken in order to bring about change. The first step is to impose a freer version of identity, both in the media and throughout society. Gender has too long been used as a constraint, imposing strict expectations and guidelines, which boys are under enormous pressure to follow. 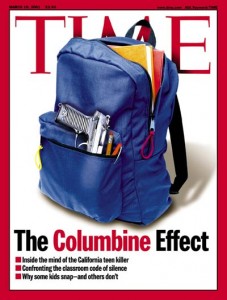 Media portrayals of boys and men need to be widened, freed from the narrow interpretations of gender that are currently being told. The age-old narrative of a glamorized violent masculinity needs to change. Violence needs to become something that is frowned down upon, instead of simply being chalked up to “boys being boys”.

The next step is to change our discussion surrounding the issue of violence. It’s not “youth violence” or “kids killing kids”, as commonly told. It’s boys killing kids, in at least 90% of the cases. To leave out gender, is to miss a huge part of the issue. If the issue is left de-gendered, its impossible to get to the root of the problem. It should become the responsibility of the media (specifically the news media) to “genderize” such crime stories. It’s time to acknowledge the gender, loud and clear. Make it public. Make it visible. Only then will the public realize that violence has nothing to do with age, and everything to do with gender.