A recent study was released, which compared women’s median wages to those of men who held the same jobs. The study compared the 20 Most Common Occupations for Women with their male counterparts. Among the top five occupations on the list? Secretaries and administrative assistants. Elementary and middle school teachers. Registered nurses. Nursing, psychiatric, and home health aides. And customer service representatives.

The occupations themselves were not what caught my eye.  Almost half of my friends are currently studying to be teachers. Many others are nursing students. Such majors are common for college 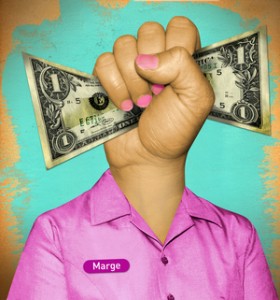 undergraduates. Rather, what caught my eye was something that they all had in common. They were all so-called “pink collar” jobs.

What are pink collar jobs exactly? Pink collar occupations are white collar jobs that have been historically female dominated. They’re often demoted to the status of “semi-professions” among the working world, therefore awarding them less prestige, less autonomy, and more oversight and monitoring due to their female leanings. And as always, they come with lower paychecks. Some examples of pink collar occupations are nurses, teachers, secretaries, and librarians. Others include jobs in the service sector, such as a waitresses, nannies, receptionists, cosmetologists, and florists.

Last month, the New York Times published an article about the increasing number of men in “pink collar” jobs in the United States. The report stated that men have been joining such female dominated fields like teaching and nursing in increased numbers in the last decade. And it’s not just foreign born, less-educated men like in the past. In the last decade or so, men of all races and ages have been hopping onto the “pink collar” bandwagon. And they’re a well educated bunch too, with over a third having a college education to their name. For many, the most shocking part of the study was that men were not joining such professions out of desperation, but out of desire.

However, men aren’t having a hard time managing being the minority in such female dominated fields. Quite the opposite in fact. Interestingly enough, when men enter such “pink collar” jobs, the opposite of the glass ceiling effect takes place. In what many call is the “glass escalator” effect, men quickly work their way up the ladder in the pink collar occupations. Upward job mobility is swift and painless, often landing the male in management positions in little to no time. Men glide up the glass escalator, surpassing women with equal qualifications in pay, benefits, and positions. Why shouldn’t men flock to such professions, which guarantee them consistent pay and swift upward job mobility?

In response to the New York Times article, writer Amy Tennery wrote an article called “The Term Pink Collar is Silly and Outdated- Let’s Retire It” for Time Magazine. Her article highlighted the point that “pink collar” is an outdated term, which is in serious need of reform. That the label has been historically used to classify the difference between women’s work and men’s work, but no longer applies since about a third of men’s job growth has been in the female dominated sector in the last decade. Why keep a term, which no longer fits the label? Her final line? ““Pink collar” is silly and outdated — and keeping it around is to the detriment of everyone.”

However, I disagree. It’s not the term, which is holding women back. And though men are entering female dominated fields, it’s often to their own benefit. To get rid of the term is to pretend that sex segregation in the workplace is over. That it doesn’t exist. It ignores the fact that women are still paid less than men across the board. Studies show that despite having higher college GPAs in every single subject in college, they only make about 80% of what their male counterparts do just a year out of college.

I’m not against removing the label “pink collar” from occupations like teaching and nursing. Far from it. However, there’s a time and a place for such events to occur. When, and only when, women in such jobs are given the same rights to equal pay, prestige, and opportunities as men in the workplace should such a label be taken away. Removing the label “pink collar” before such action takes place would be the real detriment.