This April, the Sixth Summit of the Americas was held in Cartagena, Colombia.  Not only was an array of topics discussed at the Summit, including Shakira’s speech on education and early childhood development, but many questions were left unsettled.  One of these is whether Cuba should be invited to the Summit next time around 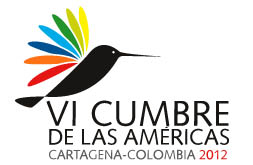 (held in 2015 in Panama).  When President Barack Obama attended the Summit, he received a surprising response from many Latin American countries.  After Colombian President Juan Manuel Santos put the topic on the table for discussion between the member countries, some expressed the need for Cuba to be included in the Summit next time around.  Although Santos concluded that the majority (32) of the countries “supported the participation of Cuba”, President Obama and Canadian Prime Minister Stephen Harper made it clear they did not agree with this.  When we look at international organizations that are solely created by member states, we need to ask whether unanimity really achieves much or whether a majority consensus should be applied.  That is, the mission of bodies like the Organization of American States (OAS) is to facilitate discussion and to mobilize agreements between countries.  But does this really work when there can be no agreements among all the member countries?

Although President Obama stated that he doesn’t want to look to the past but to the future in dealing with Cuba, he also made it clear that he will not welcome Cuba because it “has not yet moved to democracy, has not yet observed basic human rights”.  Yet on the other hand, we have Latin American countries who have explicitly 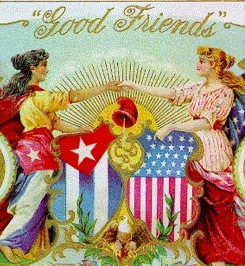 demonstrated that this is not a requirement for the inclusion of Cuba in the next Summit.  In Fact, Ecuador’s President Rafael Correa refused to attend Sunday’s Summit in protest against Cuba’s OAS expulsion.  Alongside, the ALBA bloc of nations, including Venezuela, Bolivia, Nicaragua and some Caribbean nations, said they will not attend future Summits without Cuba’s presence.  Although Obama responded that there have been some initiatives done in regards with US-Cuba relations, there seemed to be a stern consensus on this issue between these countries.  O.K, so there are disagreements between Cuba’s participation in the next Summit.  What does this mean?

I think one of the important points to highlight here is that this Summit has been described as a rebellion of Latin America against U.S. diplomacy.  That’s a bit radical for my taste.  However, I do believe that this Summit has demonstrated stronger viewpoints opposing U.S. diplomacy than usual.  Some point out a degree of isolation Latin American countries have experience from the U.S., where China has taken a strong hold of trading with these counties.   What I think is interesting is that we can see a less U.S-reliant Latin America, where voicing their opinions is not subject to American approval.  Although there was no declaration signed during this Summit because of lack of unanimity, there seems to be a strong majority voice.  This leads to many important questions on the efficiency of such organizations and their ultimate outcomes.  Looking at such context, do you believe the Latin American countries will yield to U.S. anti-Cuba desires or do you think that the U.S will allow Cuba in the next Summit?  And if neither of these occur, what will happen to U.S-Latin American relations?