In my post on Monday I discussed the key takeaway that I got from sitting in on the education and development panel at the International Development Conference last Saturday. I also had the opportunity to listen to a panel of esteemed speakers talk about women in relation to international development. A quote that was noted during the discussion is one that I think should be heard and engraved in people’s minds around the world:

Too many people in far too many countries do not hold women at the same standard as they do men. A point that emphasized this statement was the fact that not nearly enough women are involved in peace agreements around the world. A story was told about a group of men who wrote a peace agreement, only to later realize that they had left out some crucial points- these aspects were brought to light by women. We too often let 50% of the world’s brainpower go to waste by not addressing women’s ideas and innovations. 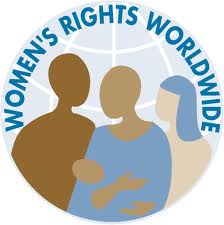 Another aspect discussed was how investing in women actually directly relates to investing in children as well. Women living in poor conditions, be it poverty or violence, still have to take care of their children. Studies have shown that when a woman is invested in, her children see better living conditions as well. If a woman is abused, her son or daughter is much more likely to become a victim of violence as well. However, if a woman is empowered to fight back against and avoid abuse altogether, her children will see the same results. In other words, if a nation will not support its women, it is not helping its children either.

How do we solve our problems with development and women, though? There are shelters all around the world, groups are constantly fighting and struggling, money is being donated, and women are unendingly trying to progress. So what else should we do? Well, a key point brought up by the panelists was to start making better use of social media outlets. Brenda Gael McSweeney, who served with the UN for thirty years and is now a professor at Boston University, continuously asked the panel audience, “Where is your anger?” Women are being abused around the world; in the United States, women still only make 77 cents for every dollar that a man makes; women see far fewer rights around the globe than their male counterparts. All of this is happening, but what are we all doing about it?

The point of Ms. McSweeney’s repeated question was to help us realize that we can do more to fight for the opportunity to involve women in the development of our nations. Instead of turning to another organization to donate toward women’s rights, perhaps, why not raise your own voice? We all use social media for one reason or another. You likely connected to this blog using some form of social media. By utilizing this vast resource, we can reach billions of people, regardless of if they live on the other side of the world from you, or if they are your next door neighbor. The only way that we will fully integrate the equality of women into our everyday lives is if we make the current issues we see nonexistent.

Have you ever found yourself specifying if someone in a position of power, for example, was a woman? Was there an up rise when a female was running for office back in 2008? When a female was in the running to become president of the World Bank, do you think that her gender went unnoticed? The goal of using social media to create equality is to start talking about women in regards to development. If we talk about a woman running for a presidency enough times, it won’t be a big deal anymore. If we discuss topics regarding females in power enough times, it will become a norm. Making this issue a common, everyday occurrence will help us all realize that it is not really an issue at all.

The key takeaway from this panel was to raise your voice. Talk about women in power, women in traditionally male roles, or women as contributors as much as you can. Be it to your friends, family, neighbors, teachers, peers, coworkers, or acquaintances via Facebook, talk about it. By doing this, you can help our world develop into an equal and just place to live.