Starting in 2007 we had the worst recession in U.S. history and the only economic event that has ever been worse was the depression.  People were losing their homes 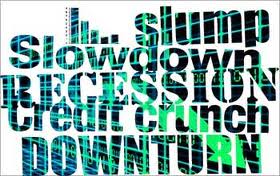 due to being upside down on their mortgages.  Unemployment sky rocketed to over 10% for the nation.  Suicides and episodes of domestic violence increased.  Unfortunately drug abuse increased too and is still increasing, especially prescription drug abuse.  In fact we have reached epidemic proportions.

Have you ever had a toothache, sprained your ankle or had a broken bone?  What did your doctor prescribe you?  Was it possibly Vicodin or Percocet?  Or maybe it was just Tylenol 3.  None of these drugs are a problem unless you become addicted to them.  That is exactly what has been happening in the U.S. during the economic recession.  People are abusing prescription drugs to deal with their heartaches and headaches.  When they lose their jobs, homes, or even break up their marriages they are turning to 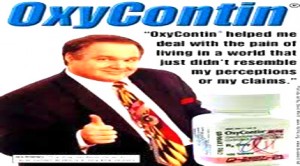 the bottle to numb the pain, and I don’t mean whiskey.  Truth be told that OxyContin abuse is on the rise and has increased more than 300% in some states during the recession.  Florida has one of the worst prescription drug abuse problems in the nation.  It is estimated that approximately seven people die each day in the state of Florida due to prescription drug overdose.

The problem in Florida is the same everywhere in the nation where prescription drug abuse is on the rise.  It’s all about accessibility, supply and demand.  The problem is that although there are legitimate doctors with legitimate patients who need pain medication there are also plenty of doctors who prescribe medications through what is referred to as a pill mill which is a pain center where patients can get any type of pain medication they desire and have a doctor sign off on the prescription.  They are able to legally abuse the medication. Many times these medications are being prescribed to drug addicts and drug dealers.

So how do we resolve this problem?  It’s complicated to say the least.  The main issue behind the addiction is that prescription drugs, mainly opiates, address extreme pain and some doctors would even argue that it minimizes the occurrence of chronic pain when given in high doses for a short period of time.  However, pain cannot be measured and doctors rely on their patients to tell them what level of pain they are in.  Additionally, opiates are highly addictive and when patients become addicted they need medical treatment to come off of them.     Methadone is often used to treat OxyContin addictions because the medication is often regarded as synthetic heroine.

To address this problem many states have implemented a new Prescription Drug Monitoring Program which requires clinics and doctors that prescribe these medications to register with the program and are subjected to a constant monitor of how many prescriptions are written and for which illness.  In some states patients are also required to register.  The National All Schedules Prescription Reporting Act or NASPER was signed into law in August of 2005 which provides funding for states to set up state monitoring programs for prescription drugs. This system is a great start but flawed in the sense that not every state is required to implement the program.  There needs to be some kind of public policy change on the Federal level to require every state to register and implement this type of a program.

OxyContin and Percocet should be limited and prescribed for certain illnesses only, with OxyContin being reserved for people who are dying or suffering from such 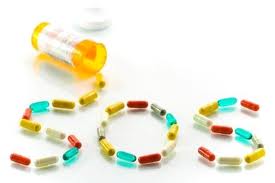 extreme pain that it is used as a last stitch effort.  These drugs and all opiates should be monitored and limited to a point where the patient reaches a certain limit and then is cut off from access to them.  Pain clinics should be limited to only a certain number for every state so we have a better way to monitor them.  Addicts should be identified by doctors and required to go to treatment.  I also believe there needs to be some kind of restriction on what doctors are allowed to prescribe in accordance to what the pain is or what kind of illness the patient is suffering from.

Who knew a recession could lead to the increase of such a powerful addiction?  There is much more that could be done to address this issue and shouldn’t we address it?  When we have so many people dying of an overdose, I believe it becomes our social responsibility to support federal action to address this issue. We should also do our part locally by avoiding these types of medications whenever possible ourselves, and letting others know about our social disapproval of opiate abuse.  According to my research everyone knows someone addicted to opiates at some point in their lives.  Do you know someone who has a prescription drug addiction?

Sarah Anderson is working towards her Ph.D. at Nova Southeastern University with a focus on Conflict Analysis and Resolution. She also holds a Master’s degree in Diplomacy with a concentration in international conflict resolution from Norwich University. Sarah has ten years of experience working in plaintiff’s civil litigation with an emphasis on civil rights issues. She has experience in community mediation, restorative justice, and community conflict resolution. She has a general passion for Diplomacy and improved Public Policy Change with regards to issues of terrorism and human trafficking. As an SISGI intern, Sarah’s focus areas are global public policy on terrorism and human trafficking, the growth of U.S. domestic poverty, and international women’s issues.