Once in a while, we all hear songs that hit us in the face. In a good way. I’m not referring to the ones that are on Top 40 charts that we sing along with our friends at parties, or even the really good ones that we repeat on our iTunes continuously for a few days before inevitably killing them. I’m talking about the rare, once in a blue moon, timeless songs that combine melodies and lyrical mastery that stop us in our tracks. It’s these songs, the ones that we can really relate to, that give us insight on the perspective of others, or even paralyze us in awe of the musicians’ talents, that demonstrate the power of music.

I recently felt this power when I was driving back home to North Carolina with my brother from our family reunion in New Jersey. As I rifled through his CD collection (including the likes of Bob Dylan, the Beatles, and Led Zepplin…my brother’s music tastes are much more refined than mine), I settled on The Joshua Tree – one of U2’s most 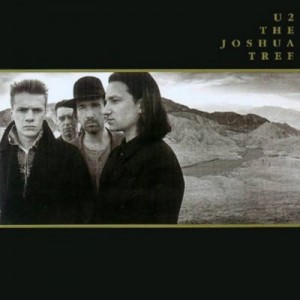 esteemed albums that was released in 1987. The first three tracks on the album were also three of U2’s biggest hits – “Where the Streets Have No Name,” “I Still Haven’t Found What I’m Looking For,” and “With or Without You.” But it wasn’t until track five that I got hit-at-first-listen. 30 seconds into the song, I knew there was something special about “Running to Stand Still.”

After playing the song several times on the car ride, and then reading all about it on the internet at home, my appreciation continued to develop. In just over 4 minutes, U2 was able to convey the perils of the heroin epidemic in Dublin in the 1980s by illustrating the stories of a man and woman battling their addictions. In spite of their desire to “run from the darkness” and overcome their addiction, Bono lamented that they would eventually “suffer the needle chill.” After all, they were “running to stand still.”

This final disheartening and vivid phrase really encapsulates the battle that people face when struggling with addictions. No matter how hard they try, they often fail to make progress. What makes U2’s song so special is that it acknowledges the addicts’ continuous poor decision making without passing moral judgments. Rather than being accusatory, the song has a sympathetic, melancholy, and even resigned tone to it. It’s as if the musicians in U2 know the terrible fate that many heroin addicts face, and are sorry that they can do nothing to fix the situation.

Considering that the song was recorded in 1987, it was progressive for its time. Even today, 24 years later, rather than accepting and trying to help them, we often shun and morally indict drug users. We seem to be victims of our own addictions of imposing our morals on others. In many ways, our desire to fulfill this addiction holds our country back. To address the needs of our drug users, we need to overcome this woeful addiction to our preconceived biases.

I have referenced in a previous post my discontent with the current drug policy in America. I argued that criminalizing some drugs did not successfully deter people from 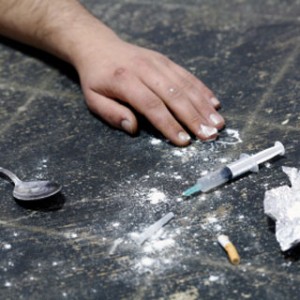 taking drugs; rather, it bred discontentment for laws. I also argued that criminalization of drugs cost the government tons of money and allowed drug trade to propagate inner-city crime. Most importantly, I have always thought that it makes little sense to punish some of the people who need our help most.

I recently read a report published by the CATO Institute that supported some of my arguments. In 2001, a Portuguese law kept all drugs illegal but decriminalized the use of drugs. Thus, Portugal serves as a good case study for what happens when such policies are in place. The CATO Institute’s report suggested that drug abuse has not

increased drastically from the policies, and foreigners haven’t been visiting the country for “drug tourism.” While drug usage has either stayed the same or decreased since the policy was instituted, the transmission of STD’s and number of deaths from drug usage has decreased significantly. Policy experts attribute this to the fact that since drugs have been decriminalized, the government can offer successful programs that ensure that drug abusers are safe as possible and receive the proper help when needed. In fact, the policy is not even controversial in Portugal anymore. Researchers for the CATO Institute even claimed that “judged by virtually every metric, the Portuguese decriminalization framework has been a resounding success.”

While no country is the same, and successful policies in one country might not have the same impact in another country, Portugal serves as an example that we should look at very seriously. By cutting out a lot of the wasteful expenditures spent on criminalizing drug users, Portugal moved forward.

Perhaps we should also look at this unconventional and innovative solution to our drug problem. After all, it seems like what we’re currently doing isn’t really working. We could use the money we save to educate people about the potential harmful effects of drugs. Many people, aware that the government was now acting according to its citizens’ best interests rather than on a misplaced moral imperative, will actually trust what they have been taught. People who want help for their addictions can actually seek it without fear of prosecution, and our government can provide better services for them with its extra money.

Come on America. Let’s take a serious look at drastically reforming our drug policies. We are tired of running to stand still. We want progress. Perhaps if we get it, Bono’s next song about heroin addiction will have an optimistic ending.