It seems as though the education reform movement that has swept through the United States is unable to conquer the growing budget crisis.  Though the issue with budget cuts has been mentioned in previous posts, it is still imperative to highlight what exactly children are going to lose to this social calamity.  Last week, the fear of growing classroom sizes was mentioned in a post, and this week the issue to highlight is the shortening of the school year.  Traditionally, students in the U.S. have to attend 180 days of school; a number that a great many education reformers believe is too small.  Unfortunately, thousands of children have, and will continue, to experience shorter school years.

A plethora of school districts in California, Oregon, Nevada, and other states have already implemented shorter school years, in the form of four day weeks, in order to trim school costs.  Though the four day week is used in many states like Idaho and New Mexico, the shorter school week is found in mostly rural areas.  Reports have been published in order to assess the benefits and drawbacks of a four day week, and the results are interesting.  The benefits of 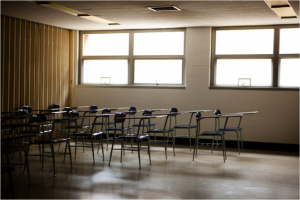 a four day week are that costs are cut down for transportation, heating and air conditioning, and meal services.  The benefits of a shorter week remain inconclusive, and it is unknown whether students succeed more when the school week is reduced.

In today’s world, inconclusive evidence regarding the strengths of the education system is counter intuitive.  According to Philip Hoffman, a Board of Trustees member of a community college in Michigan, the shorter school year will inadvertently affect children negatively.  Since the shorter weeks are not implemented across the country, Hoffman fears that children affected by the change will be unable to compete academically with their peers from other states.  This same fear has been expressed by many educators and researchers in California.  Jack O’Connell, a school superintendent in California, believes that the shorter school weeks will academically harm students from lower-income backgrounds.  Though the shortening of the school week will save up to $1.1 billion, the students will be losing out on their education in the end.

Despite the domestic issues of having a shorter school week, American students face international ramifications as well.  It is well-known by U.S. researchers and educators that children in India and China spend far more time in schools compared to students in America.  The traditional 180 days of schooling has been considered too short in comparison to schooling in other nations, but the school day gap is getting bigger; not smaller.  In order to lay a strong foundation for the necessary skills children need to become capable global competitors, the education system of the United States needs to be reassessed.  Though the economy may be in a funk, and budgets need to be tightened across the nation, education standards need to be strengthened.  The world is becoming an increasingly competitive occupational arena, and American students deserve the very best education a developed country has to offer.